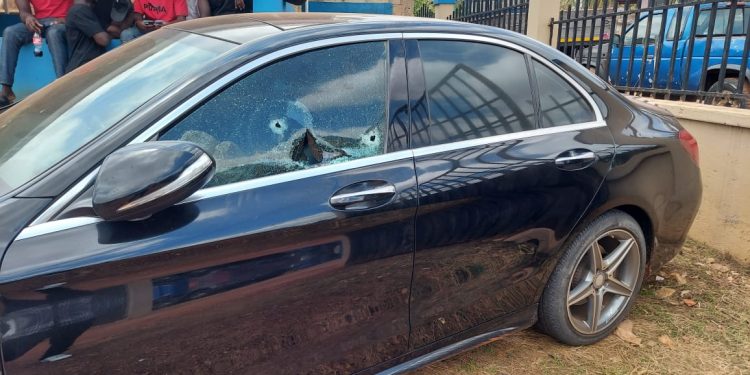 Police in the Ashanti Region are investigating the death of a 23-year-old student of the Oyoko School of Dispensing Optics.

Kwabena Asumadu was allegedly shot dead by some unknown gunmen after he dropped off a friend at Sofoline at about 11 pm on Tuesday.

Although the information on his death is still scanty, Citi News has learned that he was shot multiple times while driving an unregistered Mercedes-Benz.

He was returning to Offinso after dropping off his friend when the incident happened.

Valuables in the vehicle, Citi News has also learned, were not tampered with by the assailants.

A friend of the deceased, Addai Derick, who could not withstand the news about the death, said “Kwabena was a calm and reliable friend. He didn’t have qualms with anyone because he is someone who immediately apologizes to people he offends. We just can’t understand why someone will do something like this to him. We are pained, but God knows best.”

Police are relying on footage from a CCTV camera close to the scene of the incident as part of their investigations.

No arrest has yet been made.

The body of Kwabena has been deposited at the Komfo Anokye Teaching Hospital morgue for autopsy.