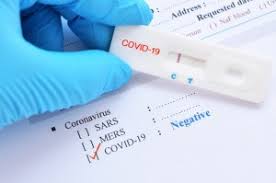 Two hundred and eighty-three (283) new cases have been detected since the last update from the Ghana Health Service on June 4.

Meanwhile, 268 persons have recovered from the virus pushing that count to 3,457.

There are currently 5,669 active cases.

READ ALSO: We've directed our officials to collect data on all places of worship - AMA boss

Where new cases were detected

The new cases were recorded in six (6) of the sixteen regions in Ghana.

The Greater Accra Region is still leading the chart with 6,205 cases, followed by the Ashanti and Western Regions with 1,518 and 519 cases respectively.