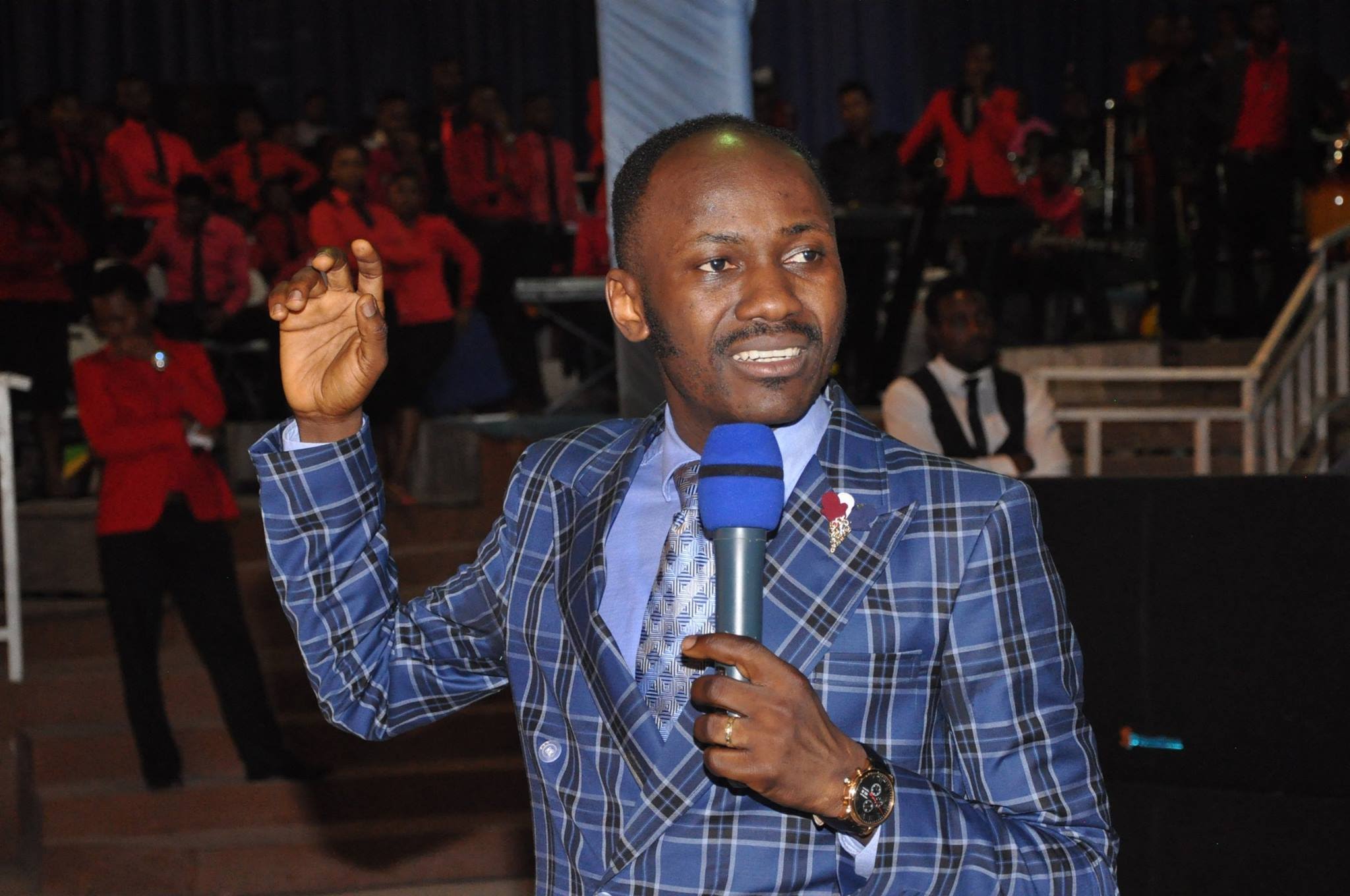 Founder and General overseer of the Omega Fire Ministries International, Apostle Prof. Johnson Suleman who successfully predicted the outcome of Ghana’s 2016 elections has prophesied that more than a few people will be imprisoned under president-elect Nana Addo Dankwa Akufo-Addo’s government.

Before the December 7 polls, in a video on social media he stated that Ghana’s sitting president, John Dramani Mahama, was going to step aside for “an elderly man” to take over. He added that a number of sitting Members of Parliament were also going to lose their seats.

According to Apostle Prof. Johnson Suleman, an Akufo-Addo presidency will be characterized with procution and jailing some number of people, a situation he equates it to what is happening in Nigeria calling it ‘Nigeria part 2’.
“I saw that the president of Ghana was removed…another elderly man [had taken over]. If this man comes to power, many will go to jail. Nigeria part 2.”
He also emphasized that “…even if we pray, many people in that party will lose their seats but let the will of God be done.”
President Mahama suffered a worrying defeat after he garnered just 44.40% of the total valid votes cast as against 53.85% of his main contender, Nana Akufo-Addo.
Majority of the NDC Members of Parliament number over 40 also lost their seats. This canker faced by the ruling NDC according to political pundits said is the worst performance in the history of the ruling party.
President-elect Nana Akufo-Addo has meanwhile refuted rumours suggesting he will ‘witch-hunt’ his political opponents,
However he has stated that he will ensure accountability by following due process while ensuring the ‘rule of law’ is preserved.