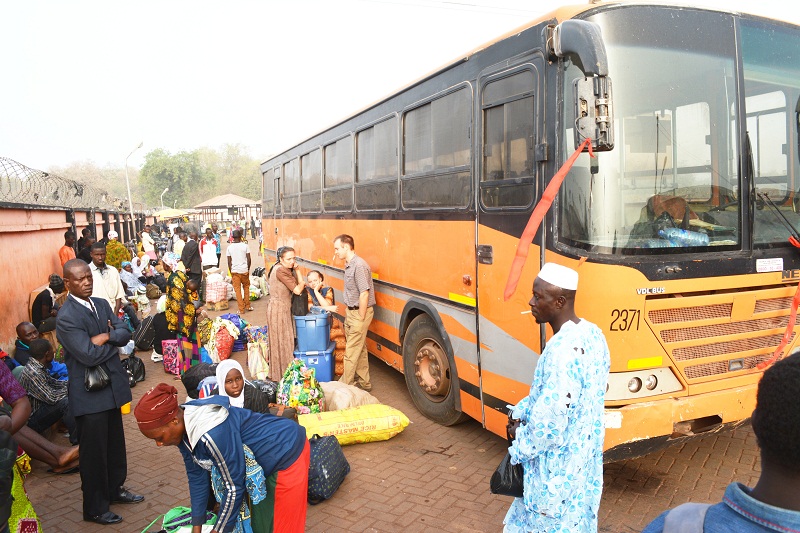 The drivers are protesting against the poor handling of company vehicles by management and complained of disrespect meted out to them.

According to the drivers of MMT in Ashanti Region, majority of vehicles that have broken down due to minor faults which could have been repaired with Gh100 or 200 have all been parked.

Most of them are also put at risk because they are given buses which often break down on the road and might have to sleep over within dangerous areas or would have to call for help because and no effort is being made to fix them for the effective operation of the company.

The drivers said they will not rescind their decisions in regards to the strike unless the demands are met.

Speaking to Starr FM, one of the drivers said:

''Apart from the challenges that have to do with fixing broken cars, there is also a situation where the drivers are accused of theft and extorting money from the passengers. By this, management has deployed some persons to set as spies and send evidence to their managers to sack them''.

Reports indicated that the strike has left several passengers stranded at the lorry terminal particularly passengers travelling to Northern Ghana, Sunyani and other parts of Central Ghana.

Meanwhile, the Ashanti Regional Minister Simon Osei Mensah is set to meet the aggrieved staff and of the management of state-owned transport, organization to calm down and get back on their buses to transport passengers to the various destinations.