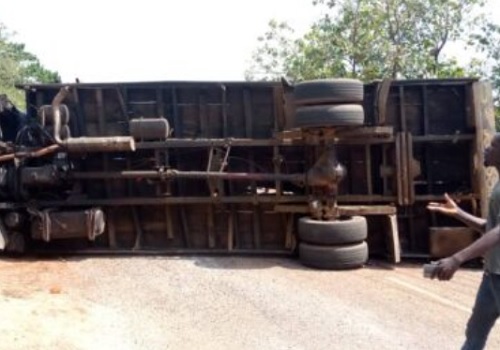 Six persons believed to be supporters of the NDC have died in an accident at Frante, in the Ejura Sekyedumase Municipality of the Ashanti Region on Saturday.

About 50 others are said to have also sustained various degrees of injuries in the crash.

According to reports, the supporters were traveling to Ejura to meet the party’s Flagbearer, John Mahama who is on a campaign tour in the region.

The accident reportedly happened when the bus conveying the supporters was crossed by a motorcycle resulting in the driver losing control of the truck.

The deceased have been conveyed to the Ejura Government Hospital Morgue while the badly injured are receiving treatment.

Meanwhile, an entourage led by former President John Mahama has visited the Ejura Government Hospital to assess the situation at first hand.