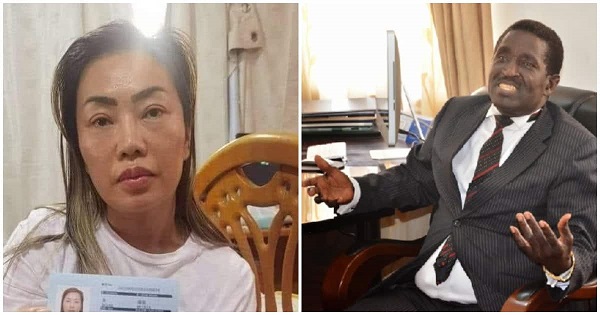 He has been replaced with two private legal practitioners, Miracle Attachey and Hope Agboado.

This was made known by the presiding judge, Lydia Osei Marfo.

The former New Patriotic Party (NPP) MP has been legal counsel for the controversial Chinese national since 2018, representing her both at the circuit and high courts in the first galamsey prosecutions that were eventually discontinued by the state.

Capt. (rtd.) Nkrabea Effah Dartey also represented Aisha Huang on the new charges bothering on illegal mining and illegal entry into the country; both of which cases are running concurrently at the Circuit and High Courts.

It remains unclear why Aisha Huang would replace Capt. (rtd.) Nkrabea Effah Dartey as her lawyer.