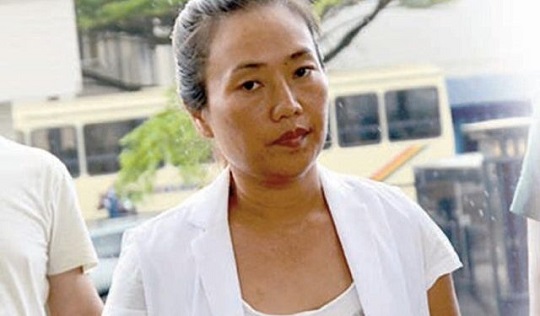 The State has filed fresh charges against three accomplices of En Huang, aka Aisha Huang, alleged illegal miner standing trial for engaging in the illegal act in the country.

The accused persons are: Shi Yang, aka Philip, Li We Guo and Shi Mei Zhi. They are said to have possessed forged residence permits.

Li We Guo and Shi Mei Zhi, who are partners, are facing a charge of undertaking mining operation without license.

They are said to have undertaken mining operation without license granted by the Minister of Lands and Natural Resources at Nwinso, near Nkawkaw in the Eastern in the year 2017.

They have denied the offences.

The court presided over by Justice Lydia Osei-Marfo declined them bail saying they had no social and financial tides within the jurisdiction and likely not to return to face trial when granted bail.

“It is in the interest of justice that they are kept in prison custody pending trial,” the Court held.

It further ordered prosecution to file disclosures and serve same on the accused persons on their lawyers.

The matter has been adjourned to December 14.

Meanwhile, the court has discharged a Vietnamese who was standing trial with the three accused persons on the grounds that her charges were immigration related thus should be tried separately.

Narrating the fact of the case, Mrs Yvonne Atakora Obuobisa, the Director of Public Prosecution (DPP) said on September 14, 2022, as part of investigations into the case of En Huang, personnel of the Ministry of National Security, Kumasi, received information that the accused persons were dealing in gold.

The prosecution said Officers of the National Security, Kumasi, arrested Shi Yang, aka Philip, and the other accused persons.

They also picked up a Vietnamese national from their residence at Paraku Estates near Daaban, Kumasi in the Ashanti Region.

It said a search conducted at their Paraku Estate Residence produced five payment receipt with a total face value of GHS285,000 issued to Li We Guo.

The prosecution held that the receipt showed that the amount paid was for the purchase of mining concessions, farmlands, groundwork, and transfer of concessions.

It said the concessions were located at Kofi Pare, near Suhum and that Shi Mei Zhi and Li Wei Guo who were involved in the transaction were not able to mine at the time of their arrest.

The prosecution said the two partners were said to have mined at Nwinso, near Nkawkaw in the year 2017.

Shi Yang is said to be the Director of ShimaBen Ghana Limited, a company which took over En Huang’s Golden Asia Supermarket after her repatriation.

It said during investigation&nbsp; two metal safes, which contained money in several denominations, 19 small containers of mercury in the warehouse of ShemaBen as well as excavator parts and industrial oil were found.

It said all the three persons had residence permits in their passports, but the Ghana Immigration Service found out that they did not issue them.