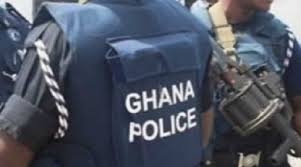 A 21-year-old, Appiah Moses, is in the grips of police in the Eastern Region for attacking and killing two persons at Akim Hemang in the Fanteakwa South District.

The victims, 75-year-old Yaa Yeboah, and 80-year-old Appiah Korang, who are the grandparents of the suspect, were attacked with a hammer and fufu pounding pestle.

The victims, who were rushed to the Hawa Memorial Hospital in Osiem were pronounced dead on arrival by medical personnel at the facility.

It is however unclear what triggered the attack, but the community members who heard about the unfortunate incident proceeded to arrest the suspect, and handed him over to the police.

The Eastern Regional Police PRO, DSP Ebenezer Tetteh, who confirmed the arrest to Citi News, says the suspect will soon be put before the court.