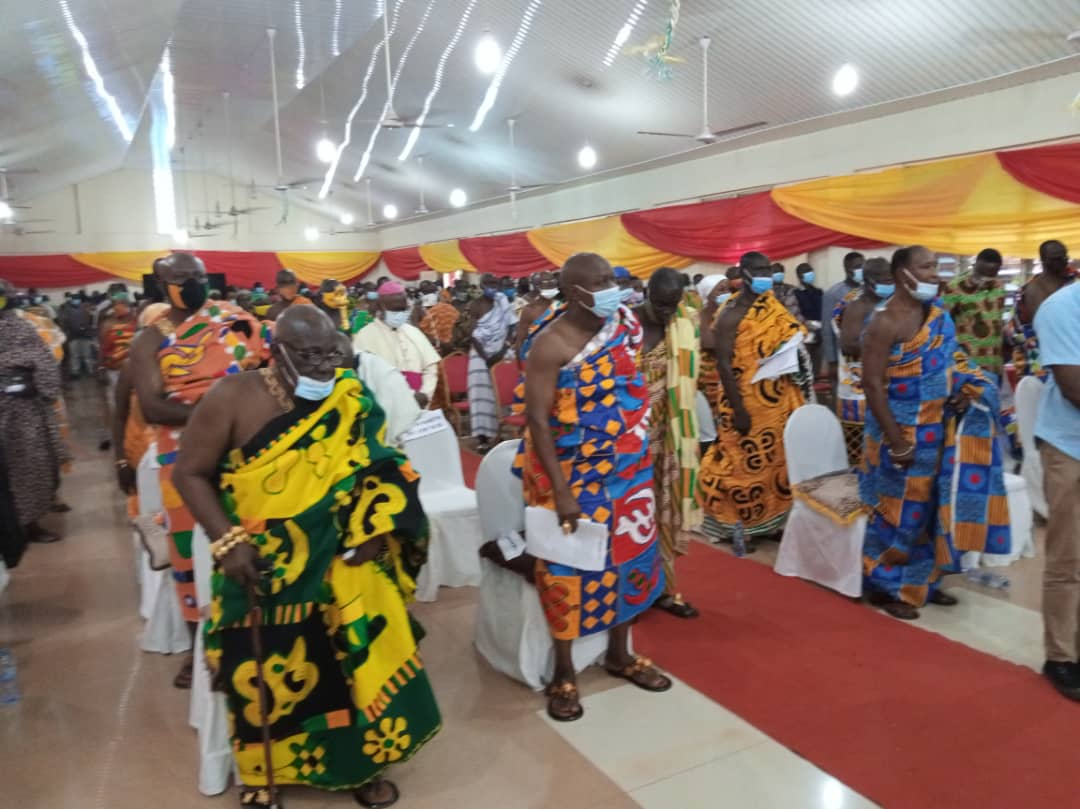 President Akufo-Addo has inaugurated the Ahafo Regional House of Chiefs at Goaso during his tour of the region.

He began the tour from Tano North- Duayaw Nkwanta, Tano South-Bechem and Asutifi North-Kenyasi. He inspected numerous projects and inaugurated Ahafo Regional house of chiefs. The creation of the Ahafo Region became a reality because of the tenacious president of the Republic of Ghana, His Excellency Nana Addo Dankwa Akufo-Addo.

It is very imperative to note that Traditional authorities and various youth groups in the Ahafo Area have been petitioning successive Governments on the creation of Ahafo Region for over forty years ago but it couldn't materialise.

The immediate past president of the Republic of Ghana, President John Dramani Mahama even gave deaf ears for the creation of Ahafo Region and never deemed it necessary for the people. 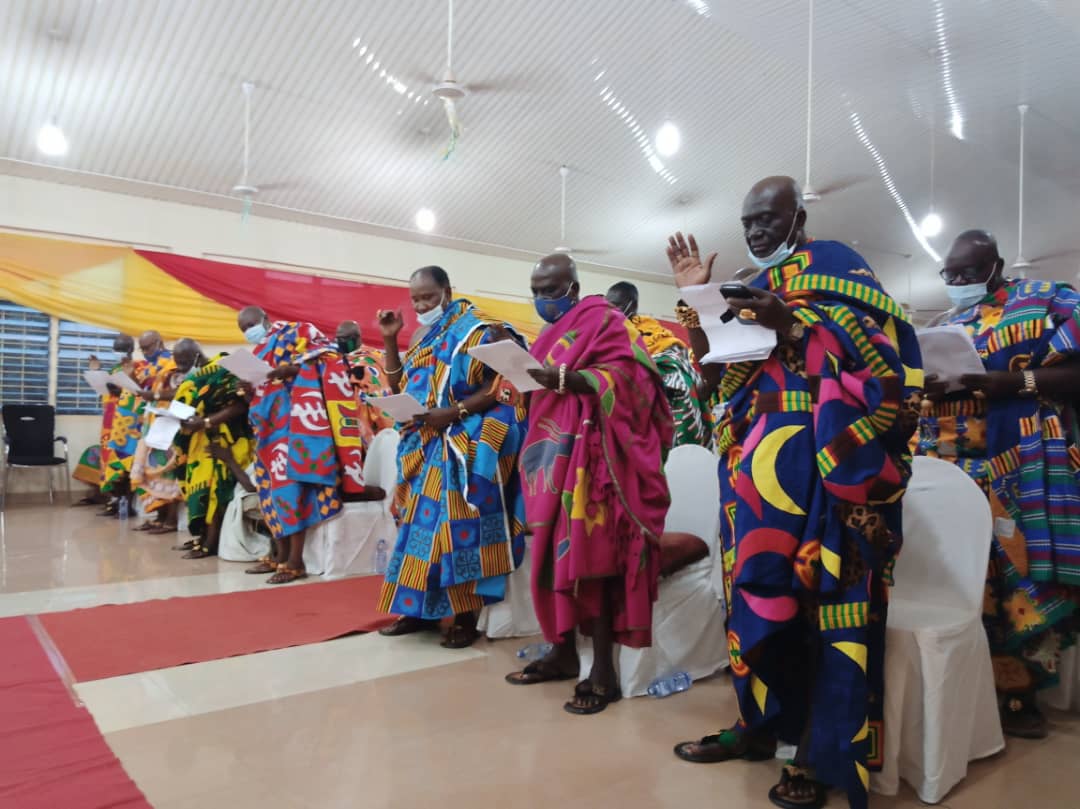 A Commission of enquiries was set to organise public hearings, sampling of opinions and referendum was held on the 27th December, 2018 for the creation of new regions in Ghana of which Ahafo was not exempted. Ahafo Region registered the highest percentage turnout of registered voters' in the 2018 referendum Where 90.41% of registered voters' participated in the polls which glosses into 277, 663 out of 307, 108 voters.

The people of Ahafo Region dangled into a total pool of exhilaration when the results of the referendum was announced on the 27th December, 2018.

Undoubtedly, the creation of Ahafo Region was part of the president's effort to bring Governance and Development to the door steps of the people in other to accelerate growth and progress.

"The region has really defined an idiosyncratic Identity of the people of Ahafo"- Hon. Opoku-Bobie The unique identity has paved the way for the Traditional Authorities to be solely independent and identified. All the Paramount chiefs in the Ahafo Region sworn an oath of membership and secrecy.

President Akufo-Addo urged them to be United and promote the rich culture and traditions. The Government of Ghana will continue to partner with all the Traditional leaders in the country to promote peace and national unity.

'Nananom' were well dressed in their colorful traditional clothes. Ministers of state, members of parliament, Government officials, NPP party Executives and other barons of nobility were part of the presidential unmitigated entourage.

The Ahafo Regional Minister, Hon. Evans Opoku Bobie welcomed them in a gleeful mood. Hundreds of people cheered the president and endorsed the four more for Nana to do more Agenda. The representative of Otumfour Osei Tutu advised the chiefs to promote peace as we're heading towards the general elections and beyond.