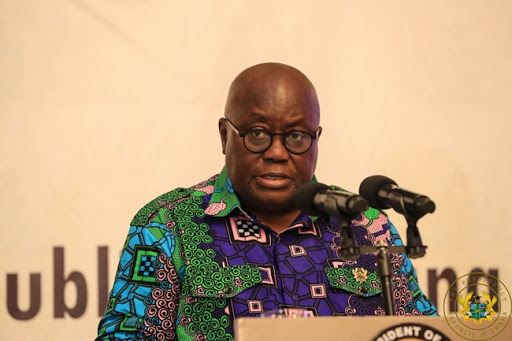 Former Deputy Minister for Health, Dr Okoe Boye says President Akufo-Addo's decision to reduce the size of his government in his second term is down to opinions and criticism from the public.

The President has trimmed down the number of ministries in his second administration from 36 to 29.

Consequently, the number of ministers, deputy ministers and regional ministers to be appointed will not exceed 85.

This is a complete reduction as compared to the 126 the President had in his first term.

Many have lauded the President for the move and Mr Okoe Boye speaking on Joy FM's Newsfile on January 23, 2021, said Akufo-Addo is a listening President and the opinions and criticisms of the public were taken into consideration to make the decision.

"I'm being honest with you. This is a President who is being frank and listening to the views of the citizenry. It was shaped by criticisms and the opinions of the people"

Member of the Legal Team of John Mahama, Dominic Ayine says electorates punished Akufo-Addo and that informed his decision to reduce the size.

For 4 years, the issue of his bloated government was on the front burner but the President didn't see it fit at that time. He got punished because of it".

Meanwhile, Leader of the Minority group in Parliament Haruna Iddrisu has hit out at President Akufo-Addo over his ministerial nominees.

Mr Iddrisu says the list is just a recycled one and contains no new names.

Speaking to the press in a jovial manner on January 21, 2021, Mr Iddrisu said this is a clear indication we are in old times and have not moved forward.