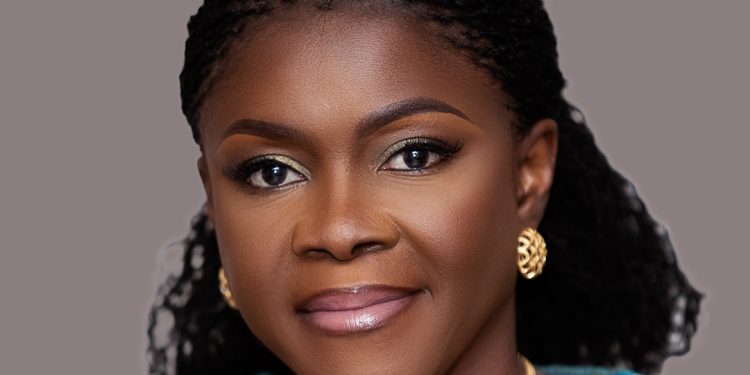 Madam Addy replaces Mrs. Josephine Nkrumah, who resigned months ago to take up a new role at ECOWAS.

Speaking at her swearing-in ceremony at the Jubilee House on Thursday, June 16, 2022, President Akufo-Addo tasked Madam Addy to work to ensure the mandate of the NCCE is achieved.

Katherine Addy was one of the Deputy Chairpersons of the Commission.

Prior to her new role, President Akufo-Addo appointed her as the acting chairperson of the NCCE when Mrs. Josephine Nkrumah resigned.

Ms. Addy is a Communications and Development Professional with over 20 years of experience. 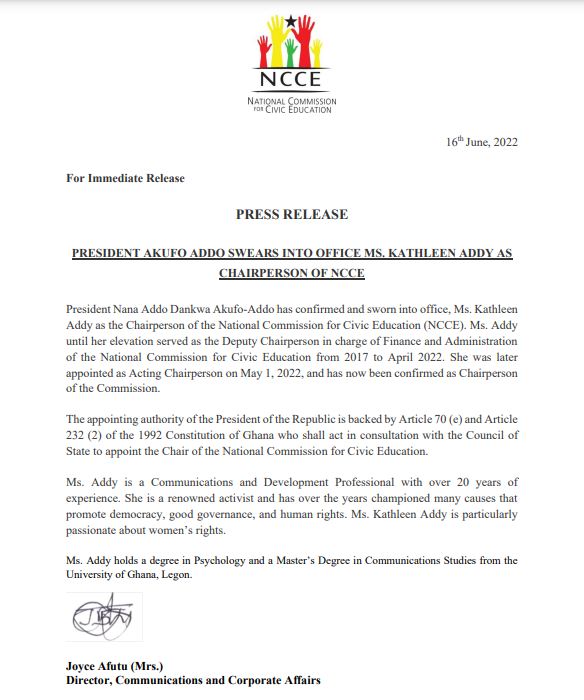 She is a renowned activist and has over the years championed many causes that promote democracy, good governance, and human rights.

Ms. Addy holds a degree in Psychology and a Master’s Degree in Communications Studies from the University of Ghana, Legon.