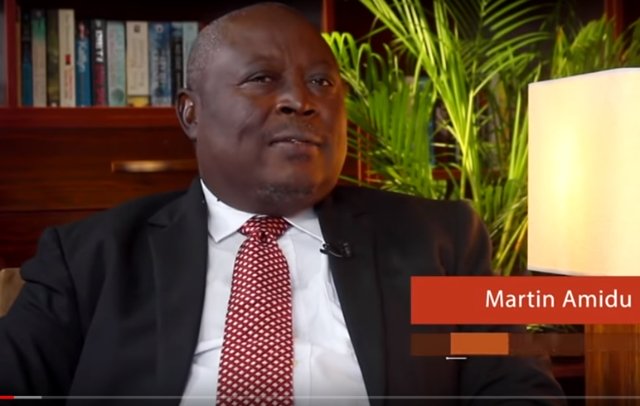 The Supreme Court has dismissed a suit challenging Martin Amidu’s eligibility to serve as Special Prosecutor.

The decision was a 5-2 majority decision.

The Supreme Court did not give reasons for the decision but indicated that the lawyers could pick it up from the court’s registry.

This ruling means that the Apex court has legitimized the position of Martin Amidu as the Special Prosecutor.

The judges who were in favour of the dismissal of the suit include, Cheif Justice Anin Yeboah, Justices Bafffoe Bonnie, Marfo Sau, Nene Amegatse and Prof Ashie Kotey.

The two judges who dissented are Justices Sulley Gbadegbe and Agnes Dodzi.

The was suit filed by former Deputy Attorney General, Dr. Dominic Ayine who contended that Mr. Amidu, being 66 years, is too old to hold public office, and as such cannot be the Special Prosecutor.

He therefore sought a declaration that, per the interpretation of Articles 190(1)(d), 199(1), 199(4), and 295 of the 1992 Constitution, the retirement age of all holders of public offices created pursuant to Article(1)(d), is 60 years, thus Mr. Amidu was not qualified or eligible to be nominated as the Special Prosecutor.