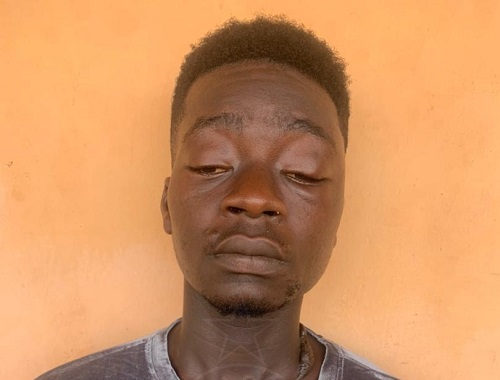 An armed robber who was arrested by the Police at Sefwi Nketieso in the Western region has been handed a 16-year jail term by the court.

The convict, Isaac Addae on May 29, 2022, visited his victim, a gold buyer, under the pretext of selling him some gold. When the victim took him to his room to weigh the said gold, Isaac Addae pulled out a knife, stabbed him, robbed him of an amount of GHC15,000.00 and a mobile phone.

On June 9, 2022, he was given 16 years imprisonment in hard labour by the court after he pleaded guilty to the charges brought against him.

The police in a Facebook post urged the public to report to the nearest police station if they can be linked to any crime.

"Because Isaac Addae has been duly convicted and is no longer a suspect, we have displayed his images in line with our new standard operating procedure.

"Any member of the public who can recognise him in connection with other crimes, should kindly contact the nearest Police station for further action."

The police assured the public that it will continue to fight crime and bring criminals to justice.