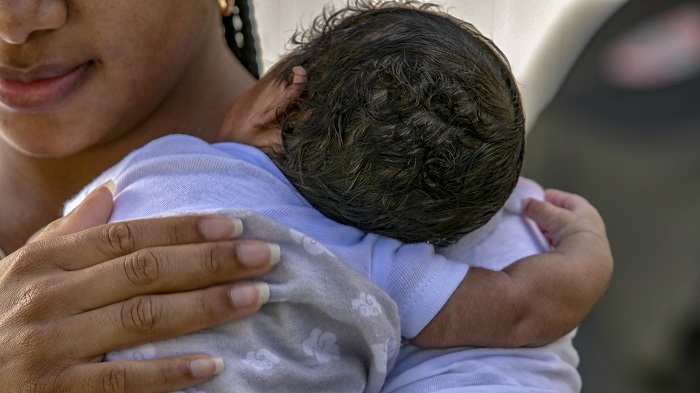 The Economic and Organised Crime Office (EOCO) has given an update on some babies who were rescued from baby harvesting syndicates.

The Executive Director of EOCO, COP Retired Frank Adu-Poku on Thursday, March 18, 2021, provided an update on the operations they have conducted so far.

According to the crime investigation agency, four petitions were received from some mothers over their inability to have access to their newborn babies at some health facilities in Accra.

"We are talking of supposed victims who have had their babies taken away from them coming to make a case for us to investigate. Before yesterday we had four and I have been told two additional petitions have been made. As we speak now we have three babies in our custody, but they are not here with us, they are in safe and healthy facilities and foster homes pending final investigations into cases. There is however another case where we have started investigations into a fourth baby which was bought by one lady".

Meanwhile, EOCO says it will not be deterred by the threats from some anonymous persons in executing its duties.

According to the agency, members of EOCO and Medical and Dental Council have received threats from some unknown persons following the arrest of some 11 persons in January for the baby-selling syndicate.

COP Retired Frank Adu-Poku sounded a caution to such individuals.

“Some of us have been in this investigation job and as a dead goat, we fear no knife, but there are some faceless cowards threatening some of our officials and officials from the Medical and Dental Council. But we want to take this opportunity to let them know that we are not perturbed at all and that the threats on the lives of these officials will not stop us but rather going to ginger us to continue to protect public health and safety by preventing and detecting organised crime.”

“We however want to send this strong warning that these unscrupulous and faceless individuals should desist from such things because it won’t have any effect on our work.”

In a related development, the Sefwi-Wiawso Divisional Police Command has arrested five persons for allegedly stealing two-week-old twin babies at Punikrom in the Waiwso Municipality of the Western North Region.

Confirming the arrest to the Ghana News Agency (GNA), Deputy Superintendent of Police (DSP) Christopher Dzakel, Waiwso Divisional Commander said, four of the suspects were arrested earlier but Kofi Nkrumah who was then at large was later arrested.

According to him, his outfit had intelligence on the 14th of March 2021 that, Paulina Owusu from Sefwi-Boako under his jurisdiction had contracted four men to steal a baby for her and that she had rented an apartment for them.