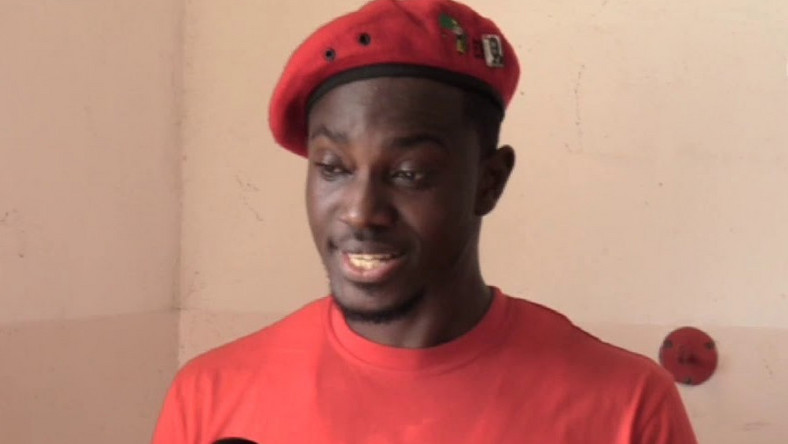 Leader of the Economic Fighters League, Ernesto Yeboah, has been granted bail by the police after his arrest at the Black Star Square yesterday.

The political activist was leading a vigil against police brutality amid similar protests in the USA after killing of African-American, George Floyd.

In a video, Mr Yeboah was seen addressing participants on the need to end police brutality among other issues.

Speaking after he was granted bail, Ernesto Yeboah said he was surprised by the action of the police because they have served them notice including the Interior Ministry and the Foreign Affairs Ministry.

He stated that the police did not respond to their notice but was quick to arrest him during the vigil.

Ernesto Yeboah said he is not intimated by the action of the police and will continue with the vigil because there must be an end to police brutalities in the world including Ghana.

Reports indicate that the atmosphere of the vigil was a peaceful one until the arrest of the leader by the joint police and military team.

A lady is heard in an amateur footage shouting, “stop arresting us, oh my God!” as another protestor stumbles and falls over a motorbike while engaged in a heated argument with the security team.