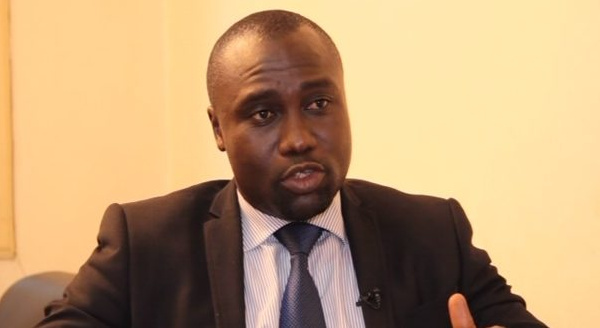 Private legal practitioner and member of the NPP, Gary Nimako says the decision ofÂ Child Rights International to go after celebrities commercializing social media accounts of their kids is a misplaced priority.

According to him, there are no specific regulations preventing parents from using their kids for adverts that promote things related to kids.

He explained that unless it is exploitative or the product is hazardous there is no law against the use of kids for adverts.

Gary Nimako speaking on Okay FM urgedÂ Child Rights International to rather focus on other pressing issues facing children in the country because some are still begging on the streets and are also being abused.

READ ALSO :Â Akuapem Poloo has not been released yet - Lawyer reveals

Bright Appiah, Executive Director of Child Rights International hinted that very soon, his organization will be going after celebrities who have opened social media pages for their children and using that for commercial purposes.

â€œVery soon, they will hear from us on some actions we are going to take in respect to how people are engaging their children on Social Media, for commercial purposes, for advertisements, for all kinds of things.

â€œIf the matter comes up before a competent court of jurisdiction, they can go and say all manner of things before the judge,â€ Bright Appiah said on Okay FM on Monday, April 19, 2021.

He advised that it will be in the best interest of the celebrities to pull all social media pages of their children who
are under the age of 18, â€œotherwise there is an action that will follow very soonâ€.

The action of Child Rights International follows the incarceration of Akuapem Poloo into a 90-days jail term.

The actress pleaded guilty to the publication of obscene material contrary to the Criminal Offences Act, 1960 (Act 29), engaging in domestic violence, namely a conduct that, in any way, undermined another person's privacy or integrity, contrary to Section 1(d) (iii) and 3(2) of the Domestic Violence Act, 2007 (Act732), and engaging in domestic violence, namely conduct that, in any way, detracted or was likely to detract from another person's dignity and worth as a human being, contrary to Act 732.

Akuapem Poloo was sentenced on her own plea, 90 days for each count, to run concurrently but she has now been granted bail pending appeal.