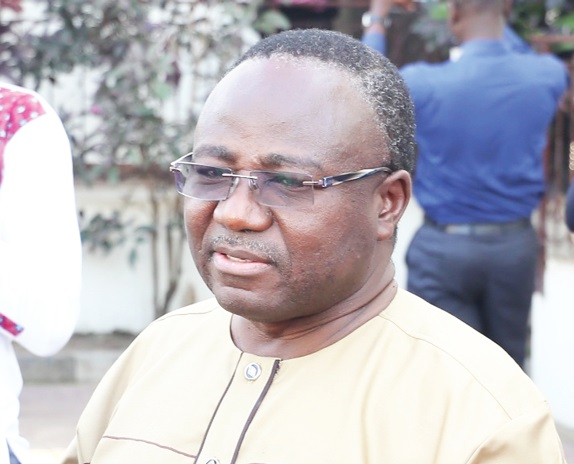 The Commission on Human Rights and Administrative Justice (CHRAJ) has released the full report of recommendations that led to the sacking of Adjenim Boateng Adjei, the Chief Executive Officer of the Public Procurement Authority (PPA).

Mr Adjei was sacked by President Akufo-Addo last Friday after CHRAJ found Boateng Adjei guilty of conflict of interest after a probe into the performance of his duties at the PPA.

He was captured in an investigate piece by freelance journalist Manasseh Azure Awuni and was subsequently suspended by President Akufo-Addo in 2019.

According to the report on page 185 of 188: "1. The Commission has determined that the Respondent is unfit to hold public office and is therefore disqualified from holding any public office for a period of five years.

Accordingly, it is hereby directed that no appointing authority of the State should engage or appoint the Respondent [Adjenim Boateng Adjei] into any public office, however, described for the said five (5) year period beginning from the date of this Decision.

2. Consequent upon the above determination His Excellency the President of the Republic of Ghana, as the appointing authority of Respondent, should terminate the appointment of the Respondent as CEO of the PPA.’

Read the entire report below: