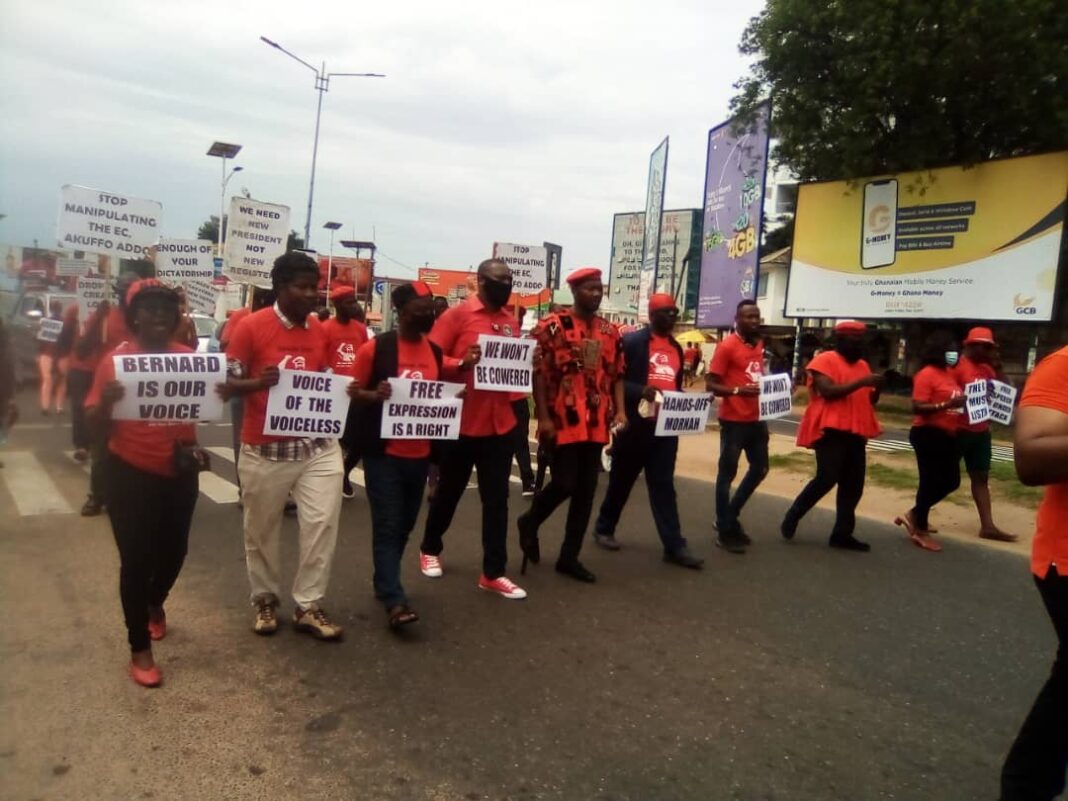 The CID is currently interrogating the National Chairman of the People's National Convention (PNC), Bernard Mornah.

The CID invited Mr Mornah over some pronouncements he allegedly made against the Electoral Commission (EC) deemed to be threats.

Mr. Mornah’s comment is related to the controversial issue of the compilation of a new voters’ register.

The CID on Thursday, May 28, 2020, issued the invitation to the PNC National Chairman who is quoted to have said that he will resist every attempt by the EC to compile the new register.

“People who are already Ghanaians and already registered are going to be taken out of the voters' register. Don't think confusion will come at the registration station but if confusion comes there, you think the EC staff will be safe? We will beat each other there and we will kill each other there if that is what the EC wants to lead this nation to,” Mr. Mornah is quoted to have said at a press conference organized by the Inter-Party Resistance Against New Register (IPRAN) on May 26, 2020.

But Mornah in an earlier interview said he does not see anything threatening about his comment.

According to him, his comment was only a piece of advice to the EC against the compilation of a new register ahead of election 2020.

“I have said that if the Electoral Commission is intending to lead us through this dangerous path, they should know that there will be confusion…It is a caution. If caution becomes threats, I will not run away from it,” he stated.

“A caution cannot represent a threat but if they take it as a threat, then I may have to bring my English teacher to tell them that cautions are not threats,” he added.

He further emphasized his view that the Electoral Commission's posturing concerning the compilation of the new voters' register must not be condoned. 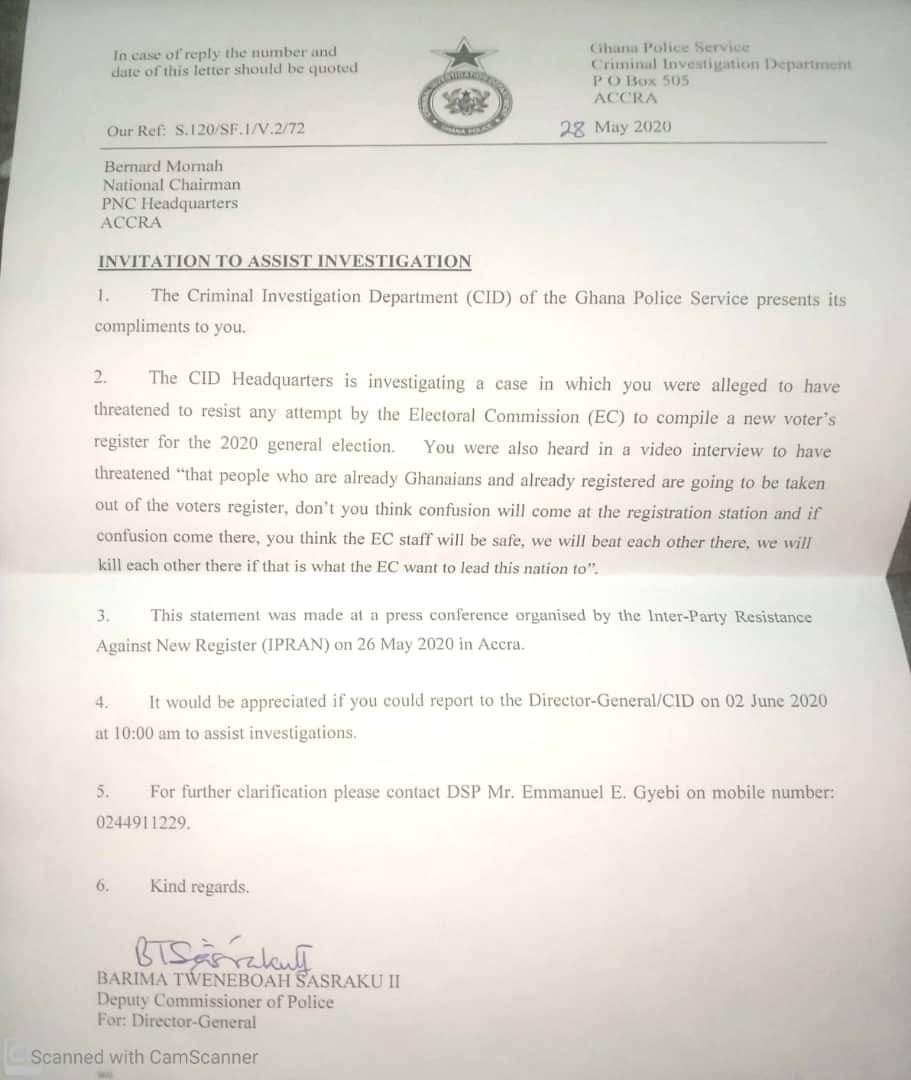 “The EC is slitting our democracy and we must do everything to resist it and we will resist it.”

“There is nothing that will allow you to sit down and allow this EC to slit our democracy away from the peace and stability that we have enjoyed so when we are telling them and alerting them that their actions can lead us unto a perilous path and you say we are threatening, I don't know. I will visit the CID,” he noted.

The Electoral Commission's decision to compile a new voters' register has been met with mixed reactions from the political front.

Whereas the NDC and some opposition parties including the PNC are against the decision, the NPP and 12 other political parties have backed the move. Regardless of the resistance, the EC has decided to proceed with the exercise but subsequently, put it on hold following the outbreak of the Coronavirus.

The EC says it will observe the necessary safety protocols if the time comes for the registration exercise to commence and it intends to do this late in June.