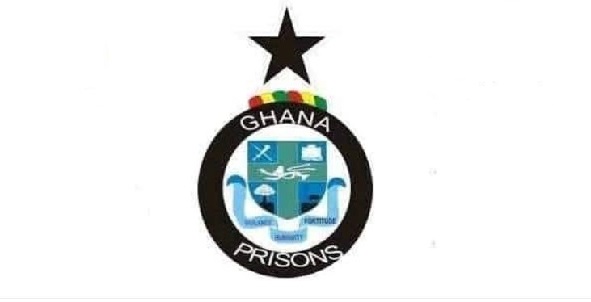 The Ghana Prisons Service has reacted to the integrity of a CHRAJ corruption report which ranked the Service at number 10 in terms of bribe-taking institutions.

According to the Public Relations Officer of the Ghana Prisons Service, Courage Atsem they have written to the Commission of Human Rights and Administrative Justice to demand details of the report and take further action.

"We expecting that as a state institution that has done such a survey on another state institution would be fared with the findings so we are expecting the findings from them but if we don't receive the findings by this week, the Inspector General of Prisons has directed me to get in touch with them by writing to ask them to furnish the service with the specific findings relative to the Ghana Prisons Service so the Prisons administration can take the issue on board base on evidence if there are any" he said.

He also admitted the Service is facing challenges with such unethical problems each day.

"The Ghana Prisons Service is not made up of angels and so "In every house, there's a Mensah," yes we know there are some Mensah among us so we have procedures in place to take officers who are found culpable of such acts and sometimes dismissed from the service entirely" he stated.

A recent survey conducted by the Ghana Statistical Service with other stakeholders in the fight against corruption has ranked the Ghana Prison Service as 10th among 23 other institutions sampled.

This was revealed in a research dubbed; corruption in Ghana, Peoples Experiences and View.

The aim of the survey was to unearth corrupt institutions and make available data that will guide the formulation of policies that will look at nipping corruption in the bud.

The survey indicated that more than 17.4 million bribes were paid in 2021 with police officers topping the list of officials who take bribes at 53.2%.

The Ghana Immigration Service Officers and GRA customs officers come next, at 37.4% and 33.6% respectively, while elected government representatives are at the bottom of the list at 2.9%.

According to the survey, people with the highest level of (tertiary) education were 1.6 times more likely to have paid a bribe than people with no formal education.

Also, ten out of the 16 administrative regions recorded a prevalence of bribery higher than the national average.

There are, however, sizable variations across the 16 regions of the country.

The prevalence of bribery in the Bono East, Savannah and Volta regions, for example, is substantially lower than the national rate, at 11.8, 14.5 and 19.1 per cent, respectively.

Also in the Western North, Ahafo and North East regions, bribery is substantially higher, at 53.4, 47.0 and 41.9 per cent, respectively.