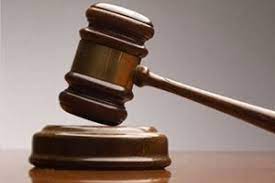 The Member of Parliament for Twifo Atti Morkwa in the Central Region, David Vondee, has been granted bail to the tune of two million cedis by the High Court in the case where he has been accused of allegedly defrauding a company.

The NDC MP, according to the prosecution, sold lands that did not belong to him to a private company called REI Ghana for an amount of 2.4 million dollars.

He is accused of failing to return the money after it came to the notice of the company that the lands were not his.

The case has been adjourned to the 30th of June by which time the prosecution is expected to have filed their witness statements and made available to the MP all documents they intend to use as evidence in the trial.

On the money laundering charge, the charge sheet stated that â€œDavid Vondee, between August 2015 and July 2016 in Accra in the Greater Accra Region, took possession of the sum of $2,400,000 knowing it to be proceeds of crime.â€

The AGâ€™s Department said that â€œknowing that his company had not completed their financial obligations toward their grantors and therefore, had no title to any portion of the land, the accused proceeded to prepare an indenture covering about 20 acres of the land in favour of the complainantâ€™s company.â€

â€œThe accused also presented a land title certificate number GA 44978 to the officials of Africa REI Ghana Ltd. as evidence of his companyâ€™s ownership of the said land, even though there had been no valid registration of the land.

According to the documents, Mr. Vondee, in his investigative caution statement, admitted collecting $2.4 million from the complainantâ€™s company in exchange for 20 acres of land, which he failed to deliver to the complainant because he did not own or have title to the lands he offered.

The MP has told the court he is not guilty of the charges brought against him.