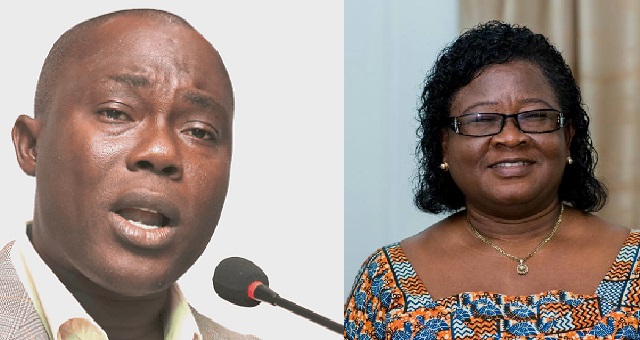 Dr. Margaret Amoakohene the Chairperson of the anti-sexual harassment committee of the University of Ghana (UG) will not chair the committee that will be tasked to investigate the BBC sex for grades documentary.

According to Joy FM's report, the sub committee that will look into the case will be chaired by a retired Supreme Court judge.

Dr. Margaret Amoakohene in her response to the documentary said the committee do not side with BBC's tag of their documentary as 'Sex for grades'.

She said they do not side with the BBC Africa Eye documentary because there is no evidence that shows the UG lecturers slept with the students to give them better grades.

Two lecturers of the University of Ghana a Political Science lecturer, Prof. Ransford Gyampo and a lecturer at the College of Education, Dr. Paul Kwame Bukator were indicted in the ‘Sex for Grades’ exposé.

READ ALSO :  There was no 'Sex for grades' in the BBC documentary - UG anti-sexual harassment c’ttee

But private legal practitioner, Martin Kpebu on NewsFile advised  Dr. Margaret Amoakohene to recuse herself after her earlier comment of not finding any wrong doing on the part of the lecturers who have now been interducted.

Ms Amoakohene in a radio interview stated that although she sides with the fact that it is misconduct among those lecturers and thereby calls for further investigations, she disagrees with the “sex for grades” tag.

“If you look at the transcript that they added, there is no evidence of sex for grade. I agree that the lecturers misbehaved and so you will discuss these as unacceptable behaviours that should be investigated but there was no indication of sex for grades. In one case, it was about the national service placement. Who needs grades at national service? She completed and she was looking for placement,” she said.

She continued by saying: “In the other case according to the transcript, the lady approached him [Prof. Gyampo] and said she wanted him to be a mentor. She actually confirmed she wasn’t his student but asked that he mentors her. So where is the grade involved in this? You are able to discuss grades and sex when you find a lecturer who is dating his own students, and either unnecessarily giving them grades that they don’t deserve or marking them down because they have refused your advances. But in the two cases that are cited, I don’t see sex for grades.”