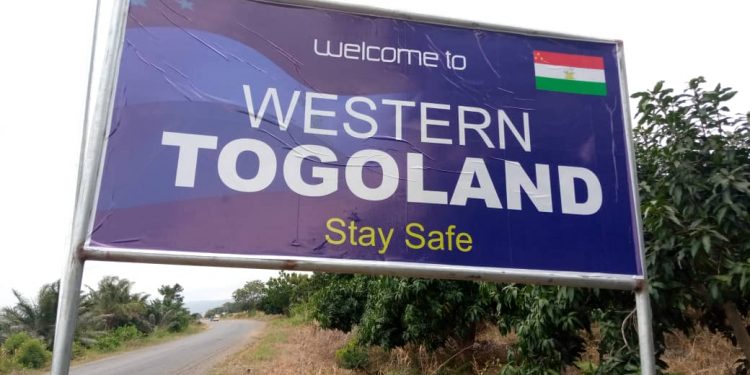 Police in the Eastern Region has begun investigations into the mounting of Western Togoland signposts in the area.

According to the regional command, they are in search of the suspected members of the secessionist group Homeland Study Group Foundation.

Signposts were mounted in the area with the inscription ‘Welcome to Western Togoland, Stay Safe’ at Akorley and Akuse in the Eastern Region by some unknown persons.

“We have proceeded to the areas where those billboards have been mounted. We have picked them up and we have kept them in the police station. We have launched investigations into the whole incident to look for the people behind this very action to come and answer. This is where we have gotten to us we speak. We are calling for leads but we have not arrested anybody for now.”

Some members of the group are currently standing trial for their attempts to push for the secession of the Volta Region from Ghana for the creation of the Western Togoland.

A journalist in the area, Bennet Yawvi said the signpost was mounted around 9 pm on Wednesday night but has since been removed on orders of the Municipal Chief Executive of the area.

Members of the Western Togoland Group first made calls for the secession in May 2019.

Over 80 members of the separatist group were subsequently arrested for assembling for a protest over the arrest of seven leaders of the Homeland Study Group Foundation.

But the Attorney General in July 2019 withdrew all charges brought against members of Homeland Study Group Foundation.

In March 2020, a supposed flag of the group was seen flying at full mast at the premises of the Volta Regional Coordinating Council.

The development triggered questions about the effectiveness of security agencies in the region.