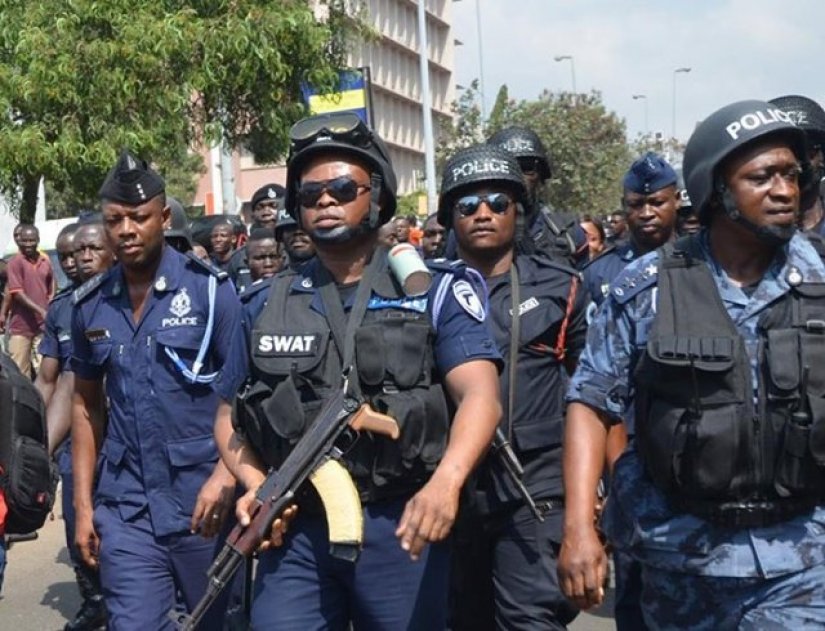 A four-member armed robbery gang has ambushed a church at Atwima Afrancho in the Ashanti Region.

They made away with an unspecified amount of money, mobile phones and other personal belongings of the congregants of Heaven Embassy Chapel International during an Easter watch night service in the early hours of Saturday.

According to police, the masked men wielding locally manufactured guns fired indiscriminately into the worshippers, which led to five persons sustaining various degrees of injuries.

The police say one of the victims was rushed to the Foase Hospital, while four others who are in a critical condition have been sent to the Komfo Anokye Teaching Hospital for treatment.

Police said they rushed to the scene upon receiving a distress call and mounted a search for the armed men, but have not been able to apprehend them so far.

They have thus commenced investigations into the matter as more officers from the regional command are assisting to help arrest the perpetrators.

“At exactly 1:45am on Saturday, the district patrol team (Foase) received a distress call that four men in masks, all holding locally manufactured pistols, had robbed some congregants of Heaven Embassy Chapel International at Atwima Afrancho. They fired indiscriminately into the congregation and in the process, robbed them of their phones and monies.”

“The patrol team proceeded to the scene and saw victims, Maame Ama – 10 years, Rasheeda Isaka- 20 years. Yaa Osah- 47 years, Angelina Obeng aged 13 years and Juliana Amankwaa aged 12 years, who sustained various degrees of gunshot wounds. Victim, Rasheeda Isaka was rushed to the Foase health centre while the other victims were referred to the Komfo Anokye Teaching Hospital where they are currently on admission and responding to treatment”.

One of the pastors of the church, who spoke on condition of anonymity, has been narrating the incident to Citi News.

“We had a week-long programme and decided to climax it with a watch night service on Friday. While the service was ongoing, we heard gunshots around 1am. We were ordered to lie down. We later realised that it was the work of armed robbers. They were four in number. They took our monies and mobile phones. When we saw them initially, we thought they were police officers because they were in black, until they started shooting and taking our belongings. Five persons were injured. Police officers later came to assess the situation,” the pastor added.