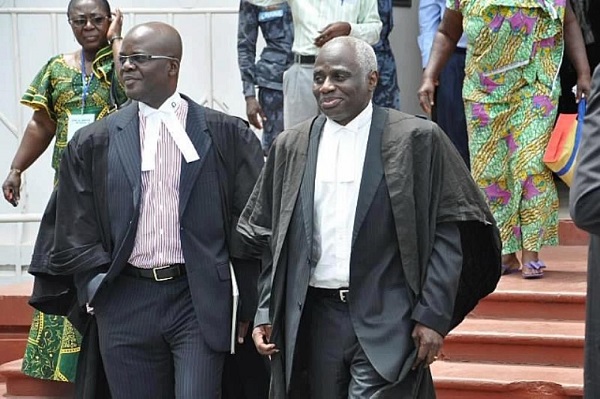 Lawyers for John Mahama have written to the Chief Justice Kwasi Anin Yeboah asking for a two-hour delay in today's proceedings.

Portions of the letter to the Chief Justice read: "In order to allow Lead Counsel for the Petitioner reasonable time to factor the said affidavits into his arguments in support of the application for review, I would respectfully request that this morning's proceedings be commenced at 11:30 instead of the scheduled 9:30". 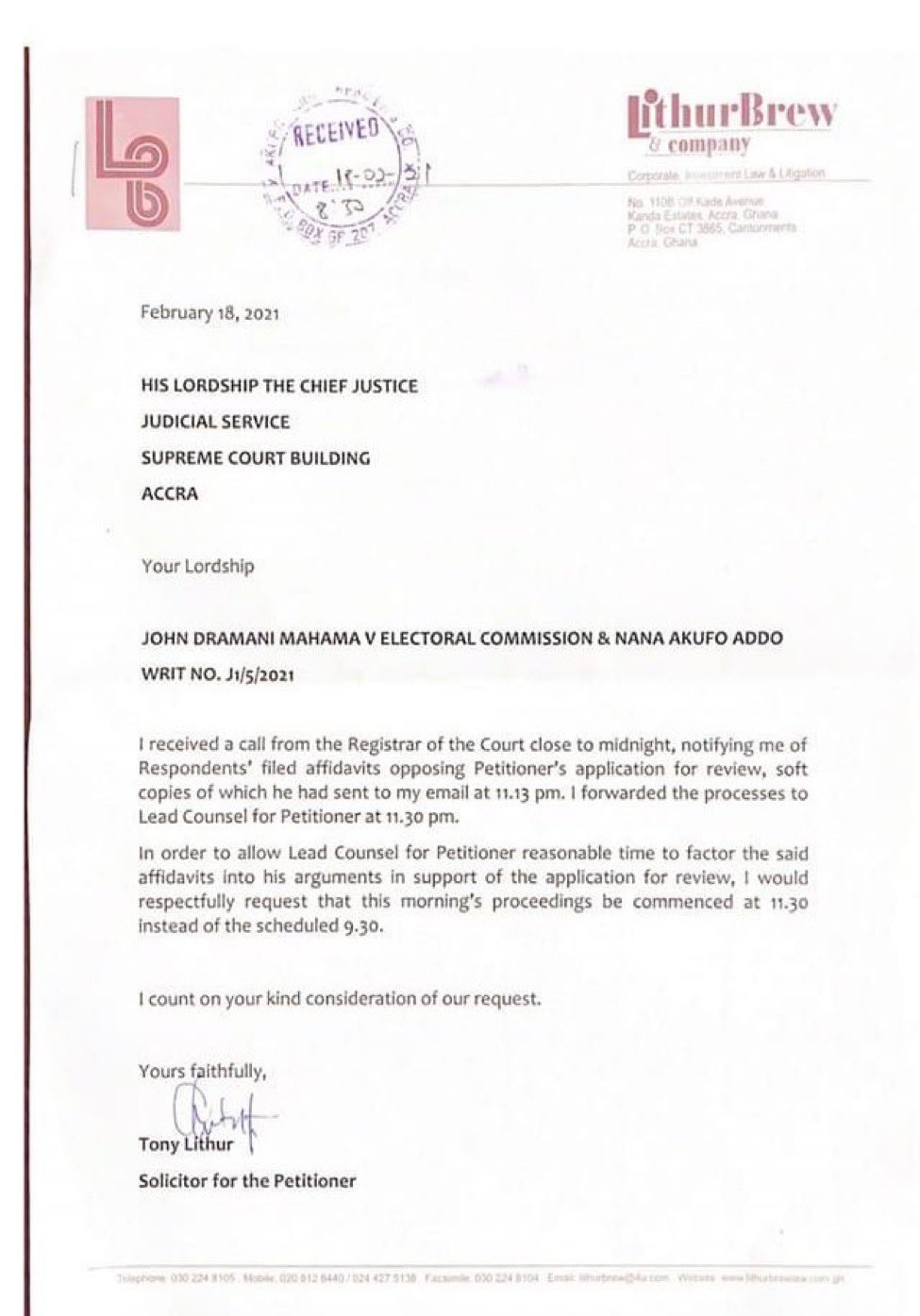 The Supreme Court will today [Thursday, February 18, 2021] hear an application for stay of proceedings in the matter of the presidential election petition.

This application, filed by former President Mahama’s lawyers on Tuesday, is aimed at freezing hearing of the substantive matter to allow for an application for review of the court’s earlier ruling on the respondents putting forth witnesses.

The court had ruled that Chairperson of the Electoral Commission, Jean Mensa, could not be compelled to testify and be cross-examined as a witness in the election petition hearing.

The court subsequently dismissed Mr. Mahama’s application to re-open his case to enable him subpoena the EC Chairperson to testify as a hostile witness.

The parties had earlier been directed to file their closing addresses by the close of the day Wednesday, February 17, 2021, to enable oral submissions to take place.

But, with these applications pending, the court is expected to turn its attention to them before any other business.