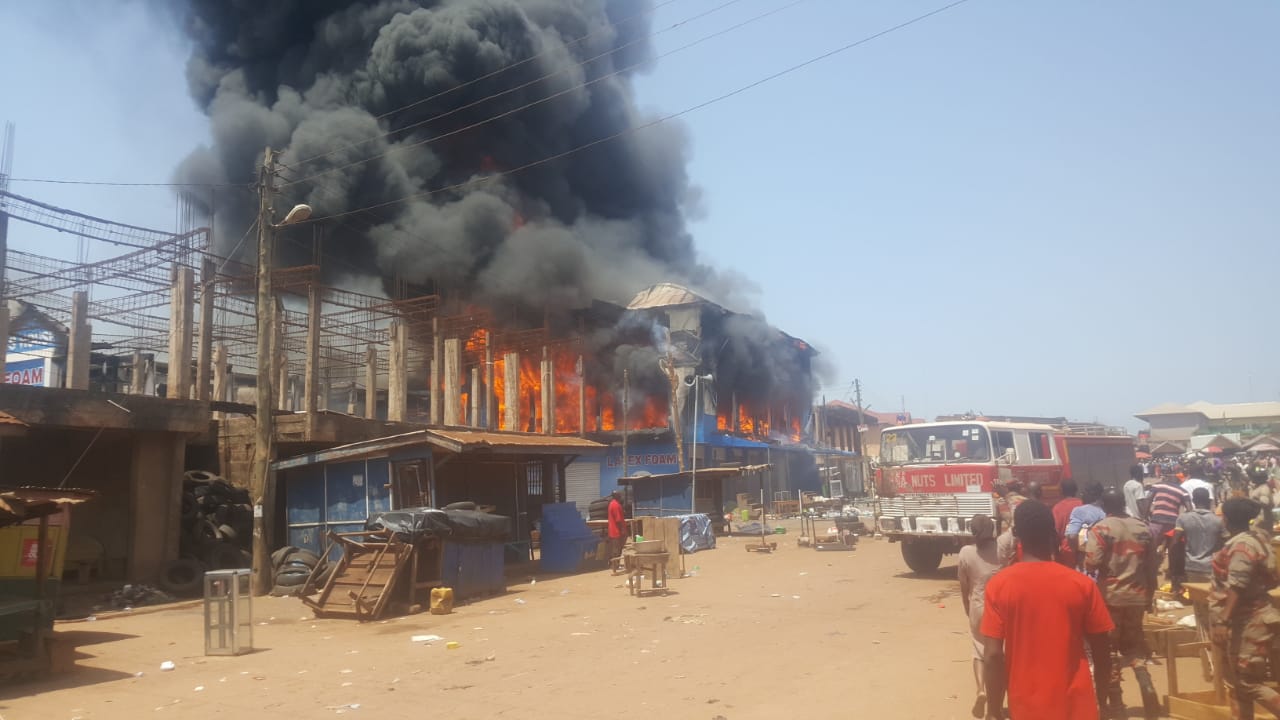 Several shops including a Latex foam wholesale outlet belonging has been gutted by fire in the Bono East Regional Capital, Techiman.

Firefighters rushed to the scene after several calls but battled to put out the fire.

Briefing the Media, the Regional Fire Commander, A.C.F.O George Anin Frimpong said, all efforts were employed by his Officers but had to call in reinforcement from other fire stations outside Techiman. 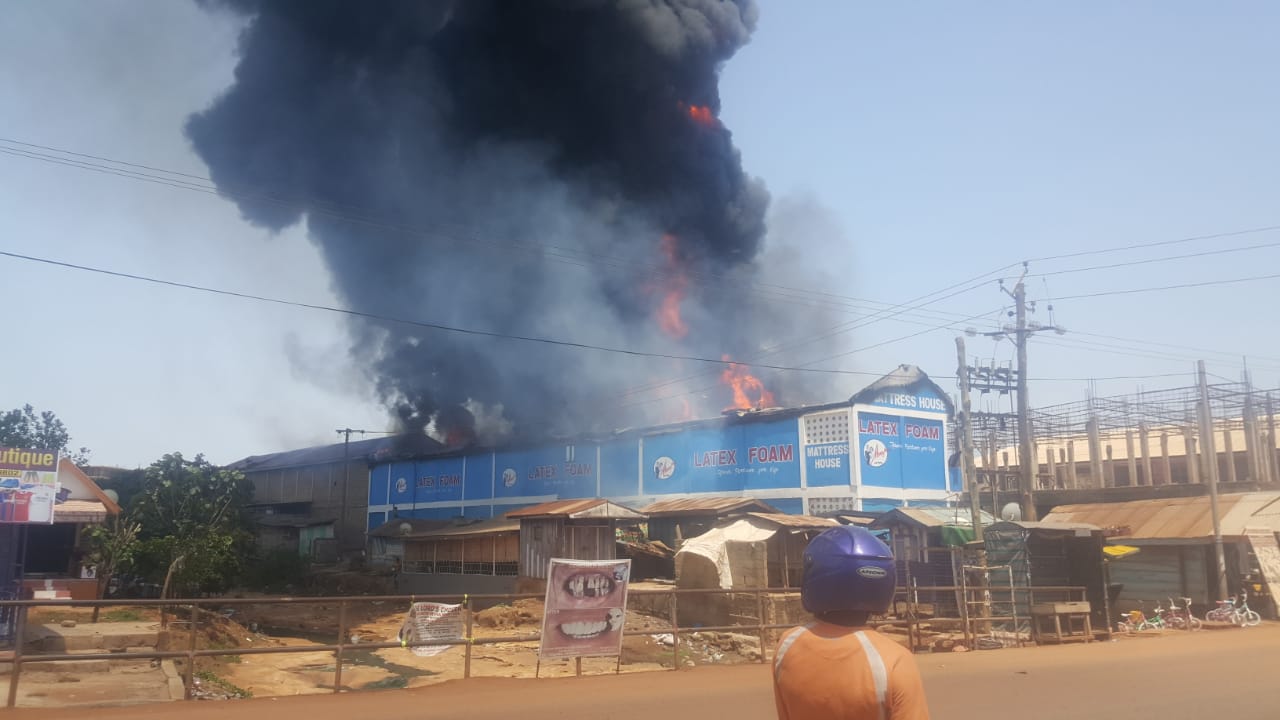 The Regional Commander added that the cause is unknown but officers are still investigating to unravel the cause to forestall future occurrence.

The Commander in responding to the Media about the extent of devastation caused said, items worth thousands of Ghana Cedis have been destroyed. 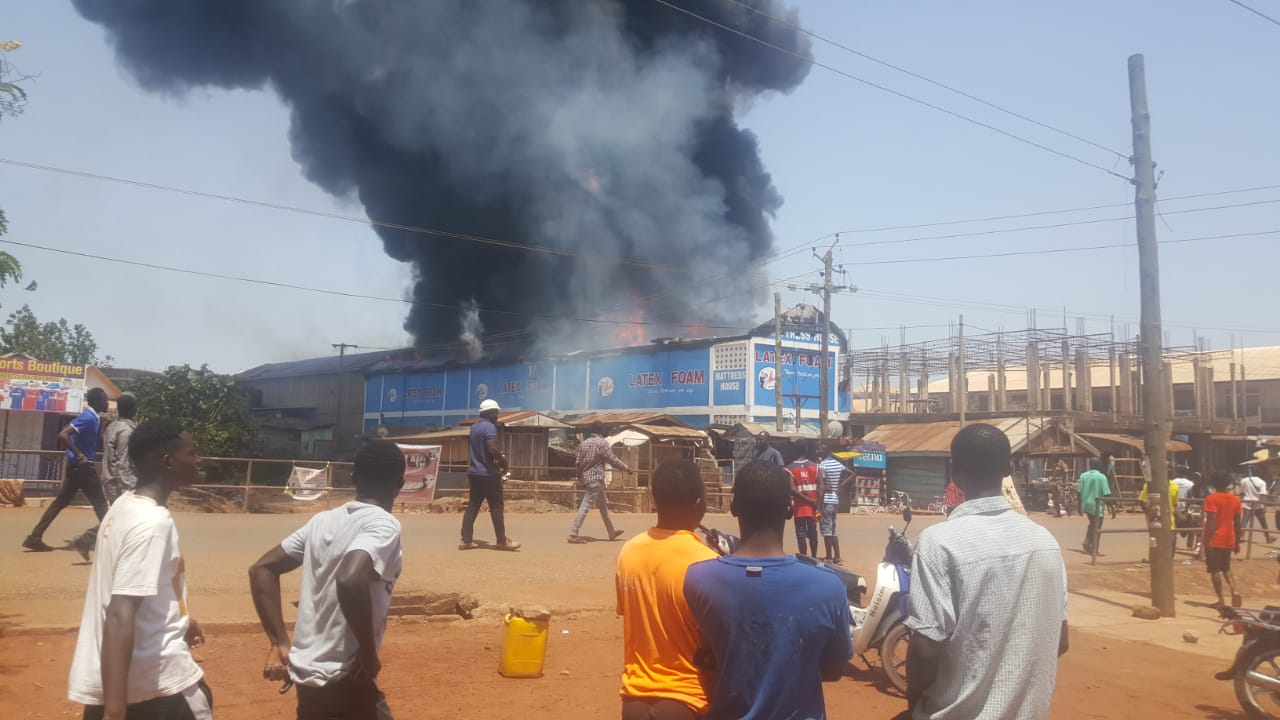