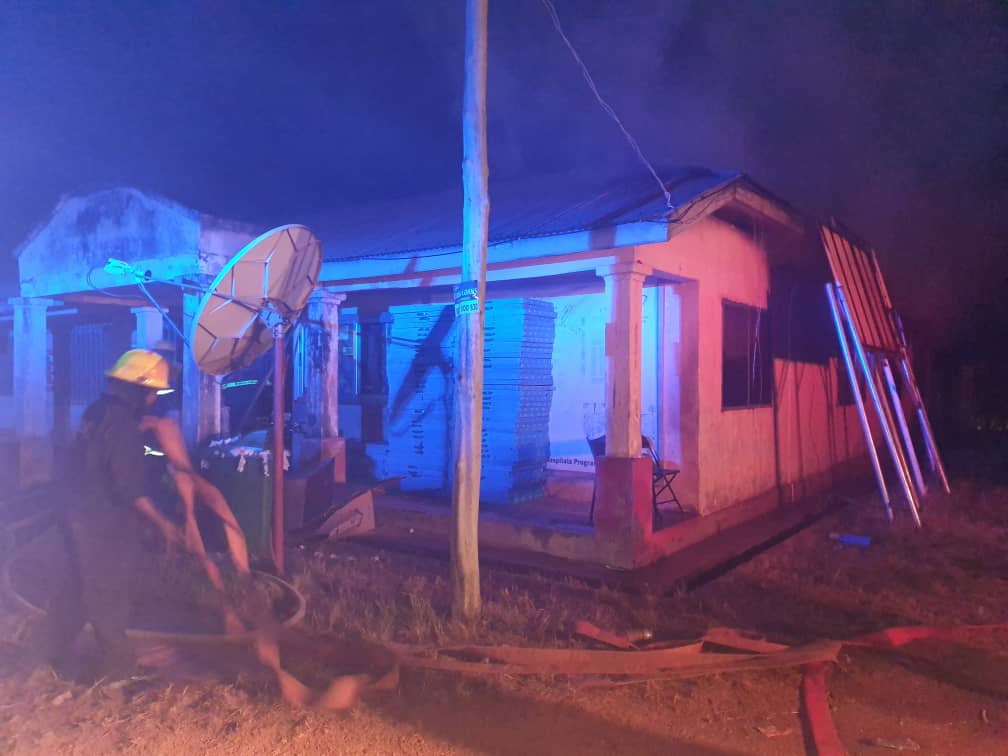 The Fire Service in the Ashanti Region says its preliminary investigation into the fire that gutted Fomena EC office points to arson.

The Fire Service officials say a gallon smelling of petrol was found close to the office and a whole was also made in the window of the building which is suspected to have been created by the perpetrators.

The officials say some documents got burnt but ballot boxes and papers are all intact.

On the dawn of the incident, some supporters of the NPP gathered at the EC office saying there were plans to rig the election in favour of Independent candidate Andrew Amoako Asiamah.

It is believed that the angry crowd are behind the inferno but the police are yet to make an arrest.

The fire started shortly after the declaration of the constituency results which confirmed that the dismissed New Patriotic Party (NPP) Member of Parliament, Andrew Amoako Asiamah, had won the polls as an independent candidate.

The office, which caught fire, is a few metres away from where the results were being collated.

Firefighters were deployed to the scene to douse the blaze.

Andrew Amoako Asiamah who was dismissed by the NPP from Parliament has successfully sailed through to secure a win in the 2020 elections as an independent candidate.

Mr. Asiamah who decided to run independently after he was disqualified from contesting the party’s parliamentary primaries also had his seat declared vacant in Parliament.

However, at the end of polls on Monday, December 7, 2020, Mr. Asiamah managed to obtain 12,805 of the total votes cast by beating his contenders – Philip Ofori Asante of the NPP and Christiana Appiagyei of the National Democratic Congress (NDC) who polled 10,798 and 2,608 votes respectively.