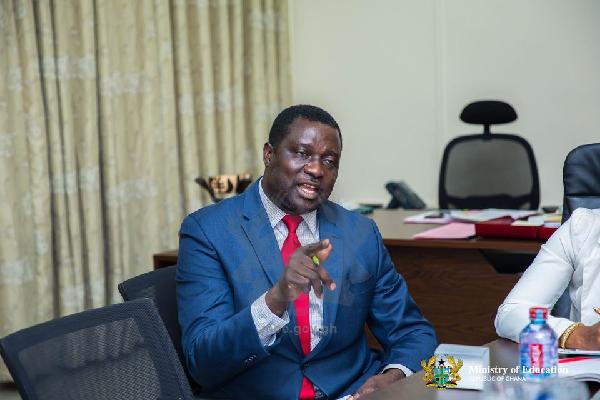 According to the Education Minister, Dr Yaw Adutwum the Buffer Stock Company has given assurances it will supply food to the schools to avoid the usual food shortages.

This comes after a threat by the Conference of Heads of Assisted Secondary Schools in the Northern region to close down schools due to the non-release of funds by government.

"We had a meeting with the Buffer stock two days ago, they told us how they are dealing with the situation and assured me that food will be going to the schools, Yaw Adutwum told TV3.

"That's the assurance I got from them ... because I'm not in charge of food distribution but the Buffer stock company gave me the firm assurance that schools that are opening will get food items to keep the students fed."

"I checked in this morning and some heads of the school confirmed that have received the supplies from Buffer Stock."

The Education Minister is hopeful the Northern schools will get the same items that are going to the Southern schools based on the distribution schedule.

The Northern Chapter of the Conference of Heads of Assisted Secondary Schools (CHASS) this week threatened to close down Senior High Schools in the five northern regions over what they described as nonpayment of monies for perishables.

This was contained in a letter issued by the membership of CHASS in the north after an emergency meeting in tamale on Monday, August 15.

Further stated in the release, it said working partners in schools have restricted their services due to the severe accrued unavailability of funds to run schools.

The heads in the region hinted that, for close to eleven weeks of the first semester for the 2021/2022 academic year, funds for perishable foods have not been paid.