The National Cyber Security Centre (NCSC) has rubbished an audio that suggested that a Ghana government official has been caught laundering cash into the UK.

The NCSC says the audio is fake and that buttresses government's earlier position.

The NCSC said they conducted a forensic examination on the said audio and it revealed that the audio was computer-generated using available technologies for fictitious audio-visual creation and manipulation.

READ ALSO: No gov’t official arrested in the UK with £26K – Oppong Nkrumah

“The Centre is working with the Police CID and other security agencies to identify the sources of this and other false materials being generated and bring them to book,” it said.

The Centre warned the public that the production of such misleading information is a crime under Section 115 of the Electronic Transactions Act, 2008 (Act 772) and Section 159 of the Criminal Offences Act, 1960 (Act 29).

"The NCSC wishes to draw the attention of the public that circulating such fictitious content breaches the law under Section 76 of the Electronic Communications Act, 2008 (Act 775):

(1)'“A person who by means of electronic communications service, knowingly sends a communication which is false or misleading and likely to prejudice the efficiency of life-saving service or to endanger the safety of any person, ship, aircraft, vessel or vehicle commits an offence and is liable on summary conviction to a fine of not more than three thousand penalty units or to a term of imprisonment of not more than five years or both.

(2) 'A person is taken to know that a communication is false or misleading if that person did not take reasonable steps to find out whether the communication was false, misleading, reckless or fraudulent,'" the Centre said in a statement.

“They are the ones who are championing it and articulating it on their online media platforms including Radio Gold online. And now you can also find that there is a fake audiotape that purports to be international news broadcast on it which is being circulated since last night,” he said.

The Minister for Information Kojo Oppong Nkrumah had earlier refuted the claims and said no official had been arrested. 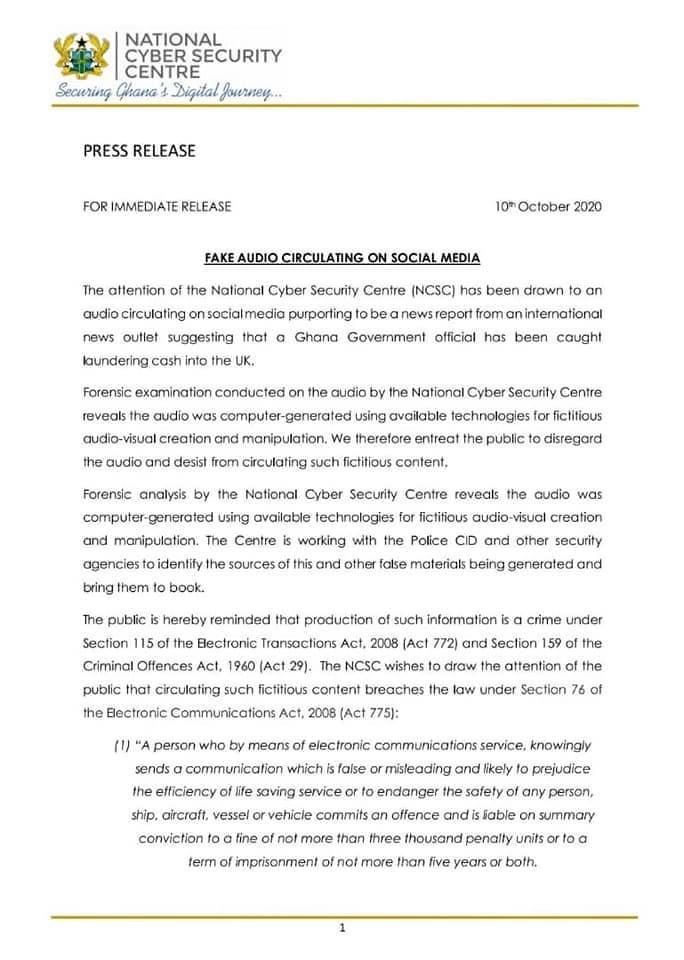 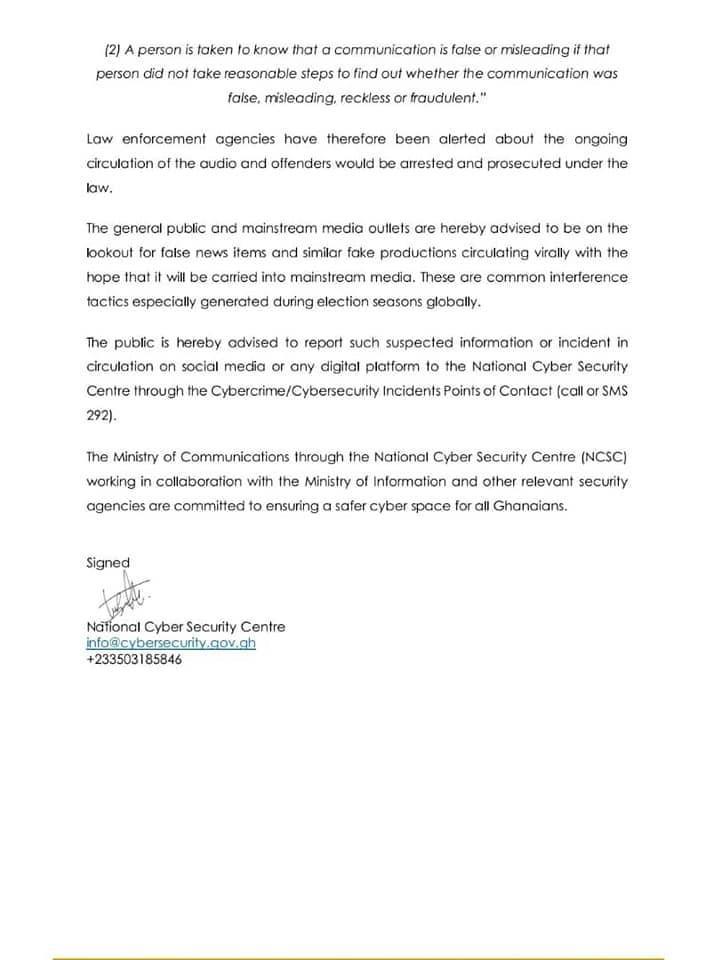