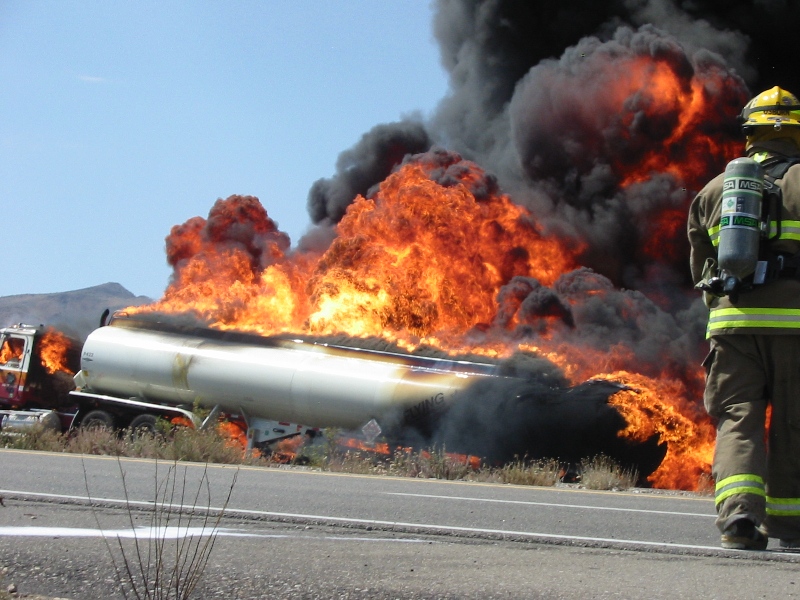 The incident happened some few minutes ago. Report indicates that the fuel tanker is still on fire.

A resident and an eyewitness called Mummy said the fire started some few minutes ago.

According to her, some drivers are still driving past the tanker and she fears they may put the life of community members in danger.

"About 10 minutes ago we saw flames from part of the street, we thought someone was burning tyres but I could see people running towards my house when I asked I was told that a fuel tanker was burning. There was fire all over but what scares me is that some drivers are still driving past the fuel tanker. The fear is that the drivers will endanger us all."

The Ghana Fire Service is currently at the scene trying to put the situation under control.