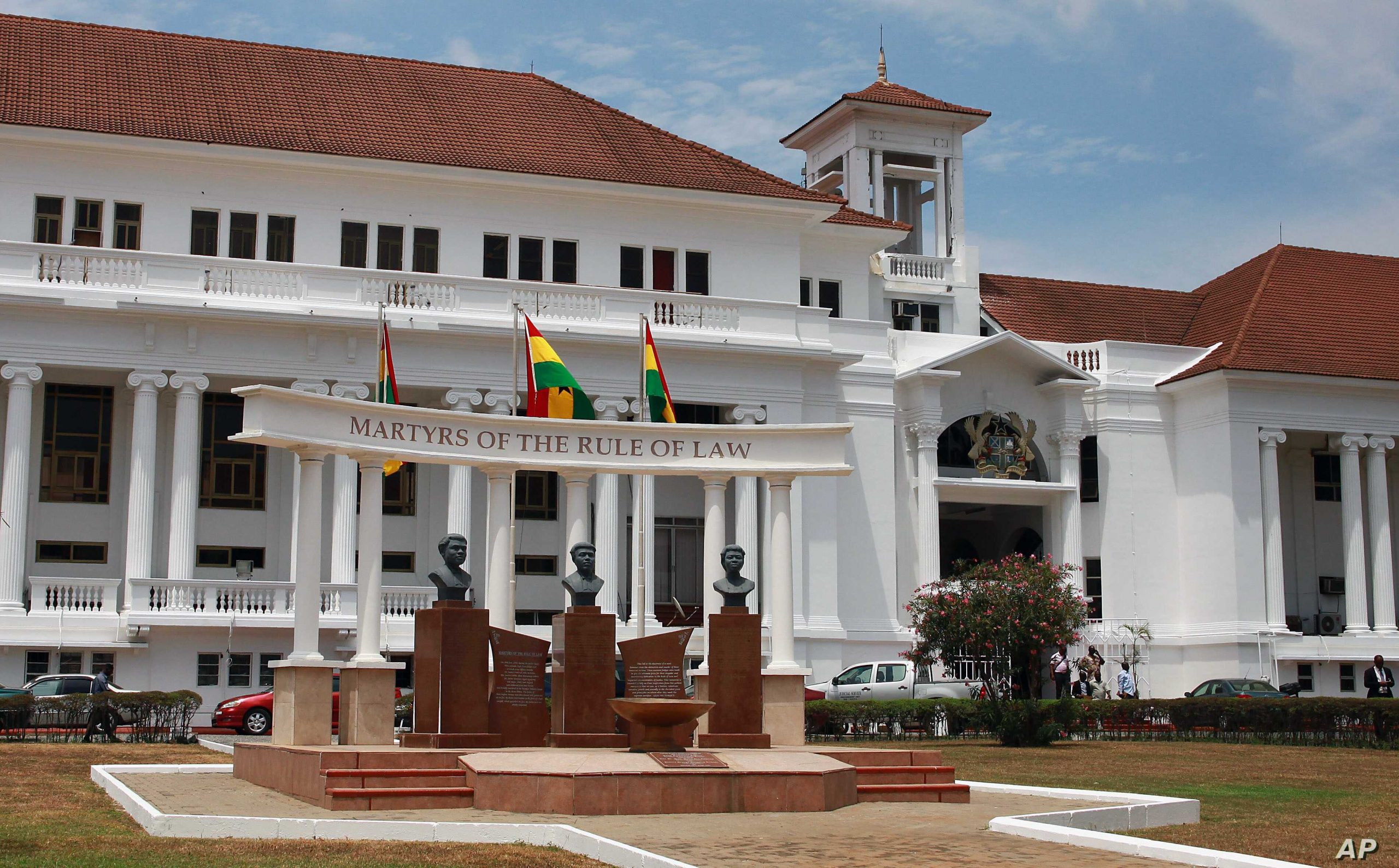 The Supreme Court on Tuesday, May 4, 2022 ruled against an injunction application filed by some minority NDC members of parliament seeking to block the implementation of the Electronic Transfer Levy.

The NDC members; Haruna Iddrisu, Samuel Okudzeto Ablakwa, and Mahama Ayariga, wanted the court to force government to stop the rollout of the new tax until a substantive case it has brought before the court challenging the legality of the tax is heard.

The court however ruled against the plaintiffs.

Among other reasons, the court argued that the effects of halting the collection of the new tax is far greater than the cost of allowing it to continue until a final determination is made on the substantive matter.

The court however charged the Ghana Revenue Authority (GRA) to keep proper records of the transactions to ensure that persons who are illegally billed with the tax can be refunded ig that becomes necessary after a ruling on the substantive case. 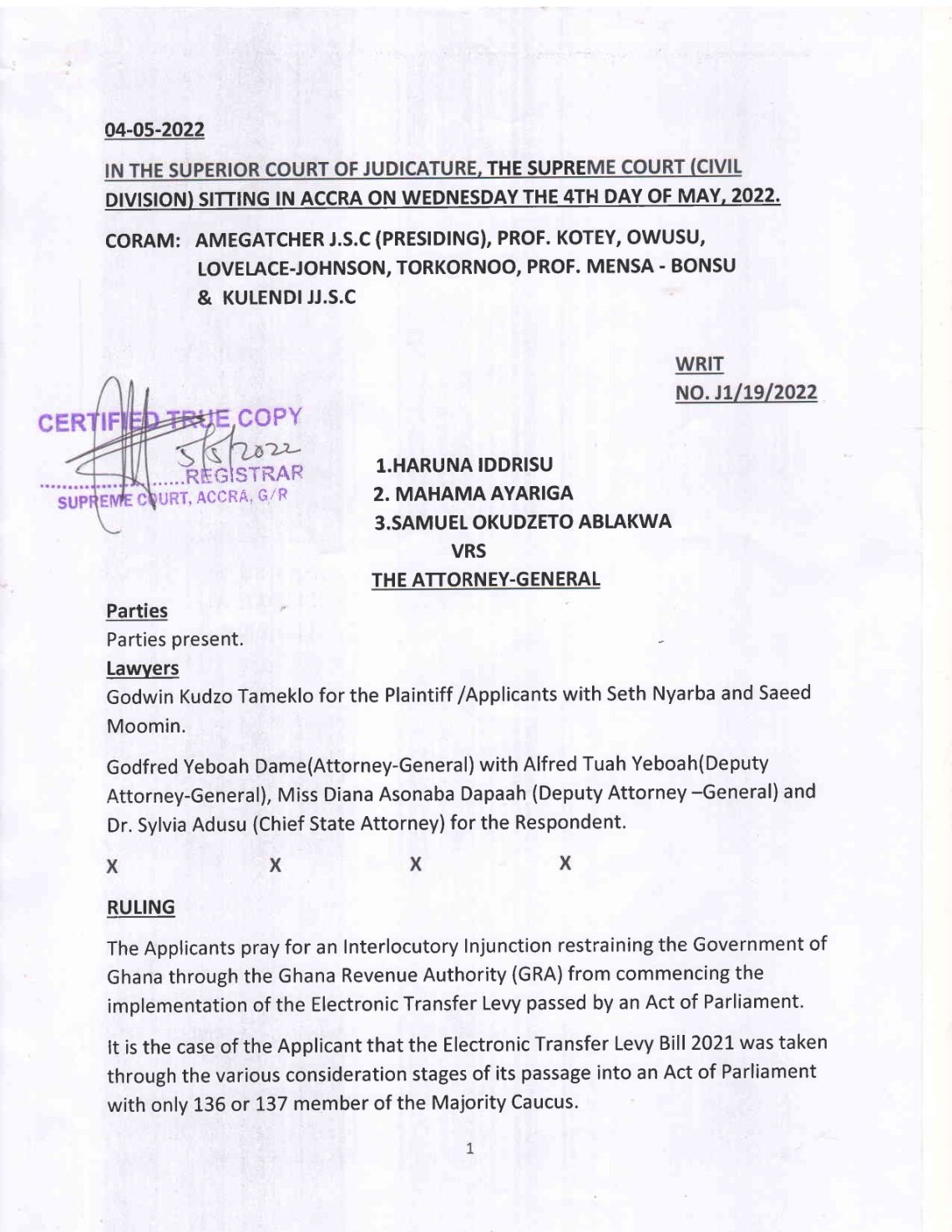 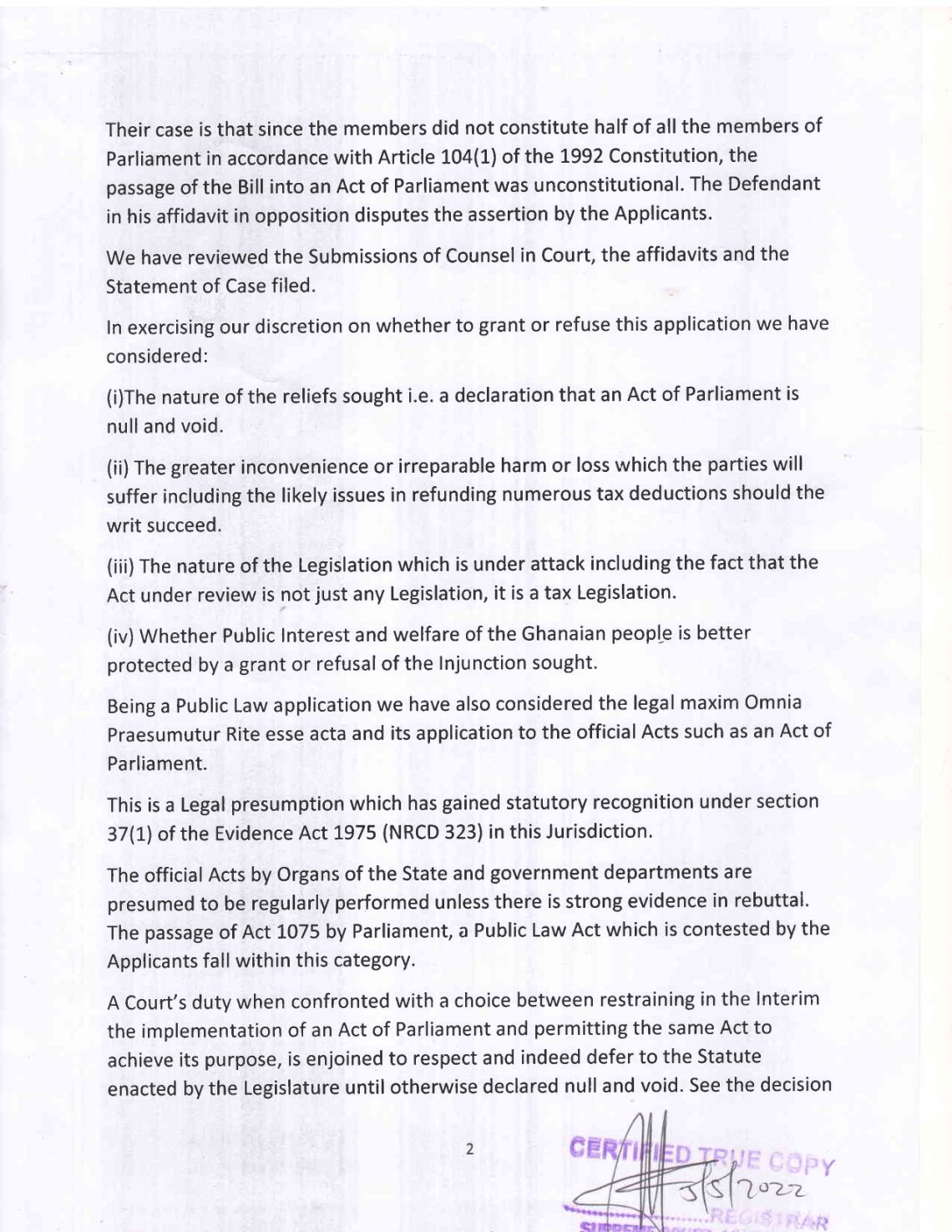 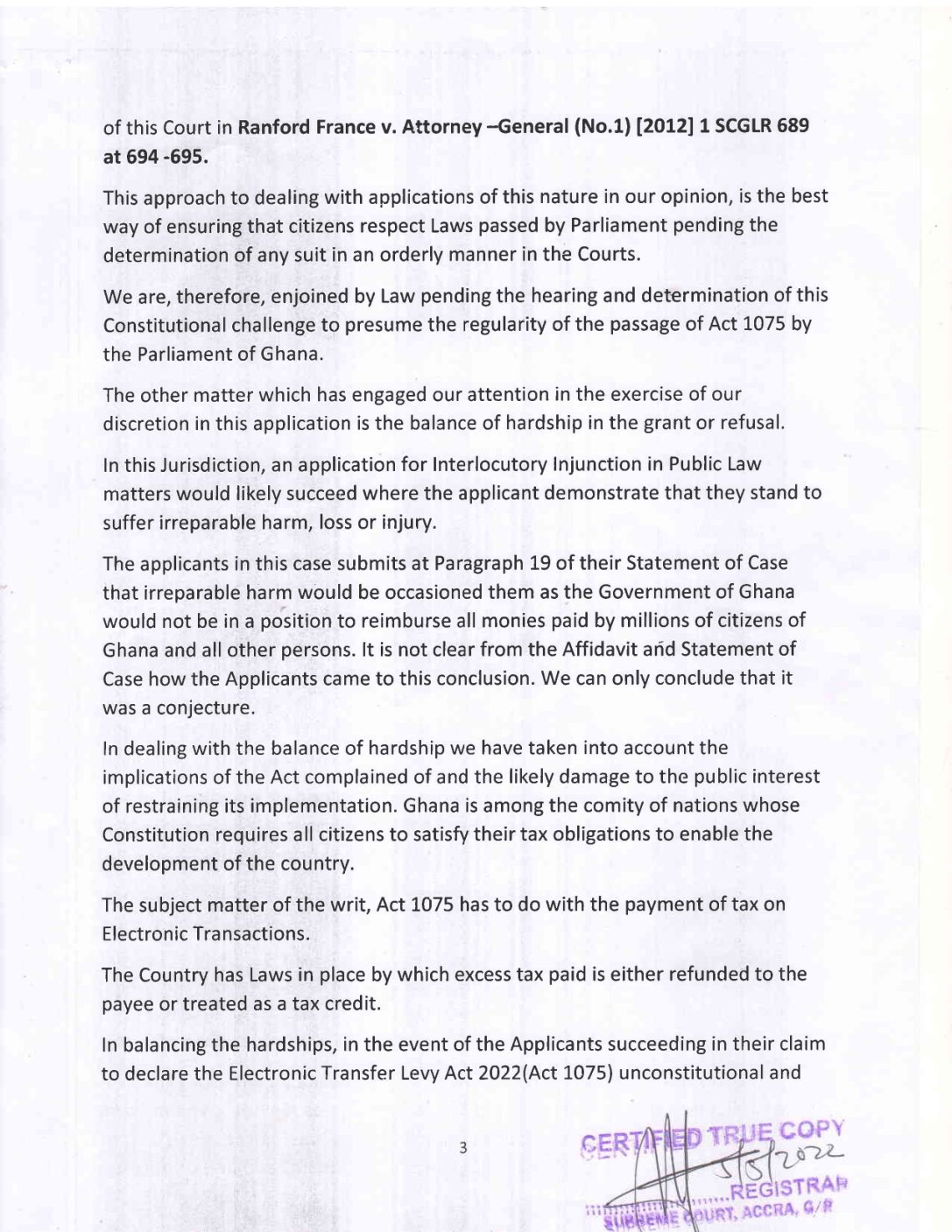 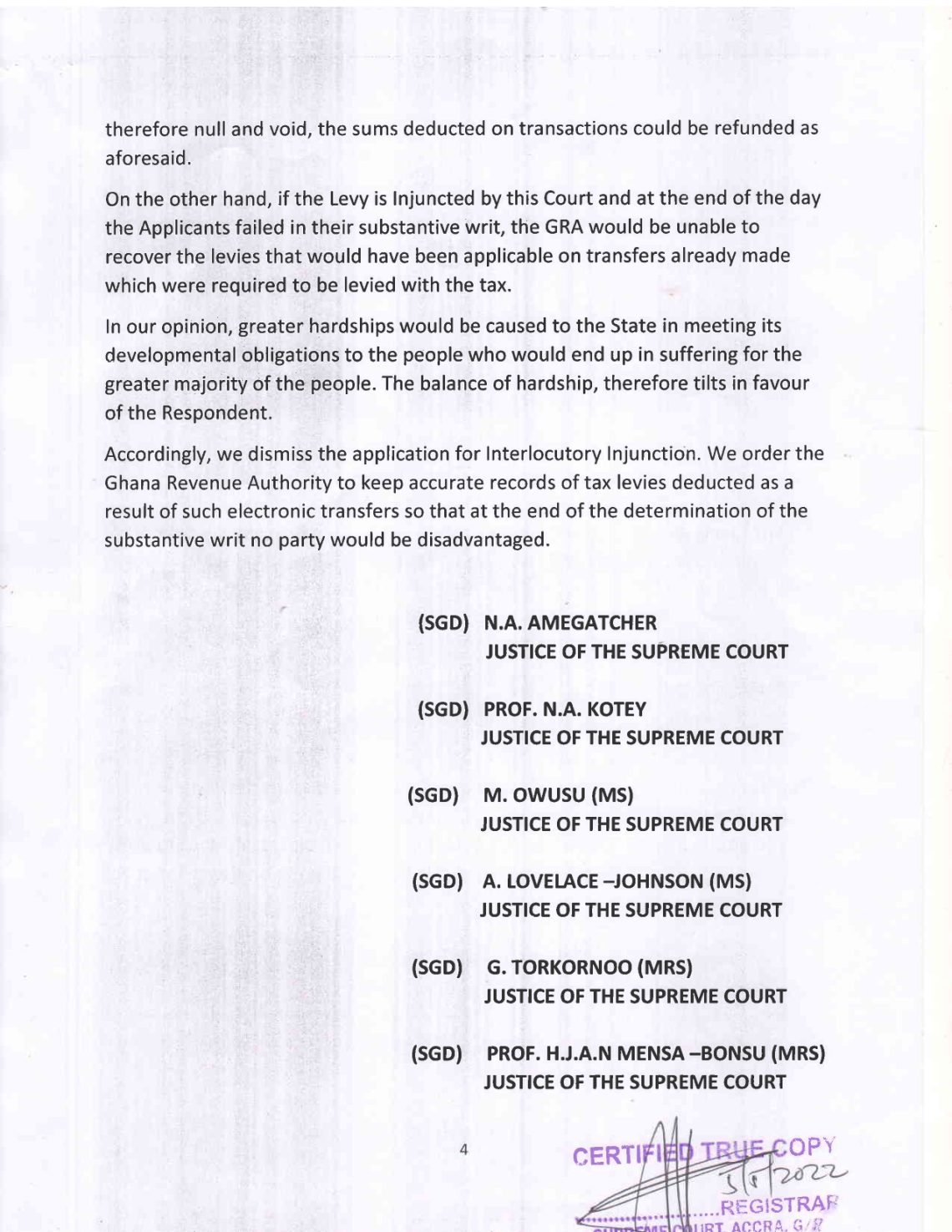