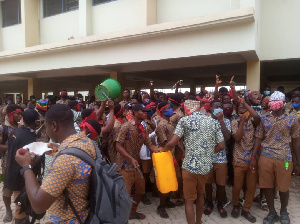 A statement from GES said Felicia Asamoah Dankwaa will step aside for the Regional Director of Education, Ashanti to take over administration of the school.

GES will also investigate the circumstances leading to the demise of a final year student. 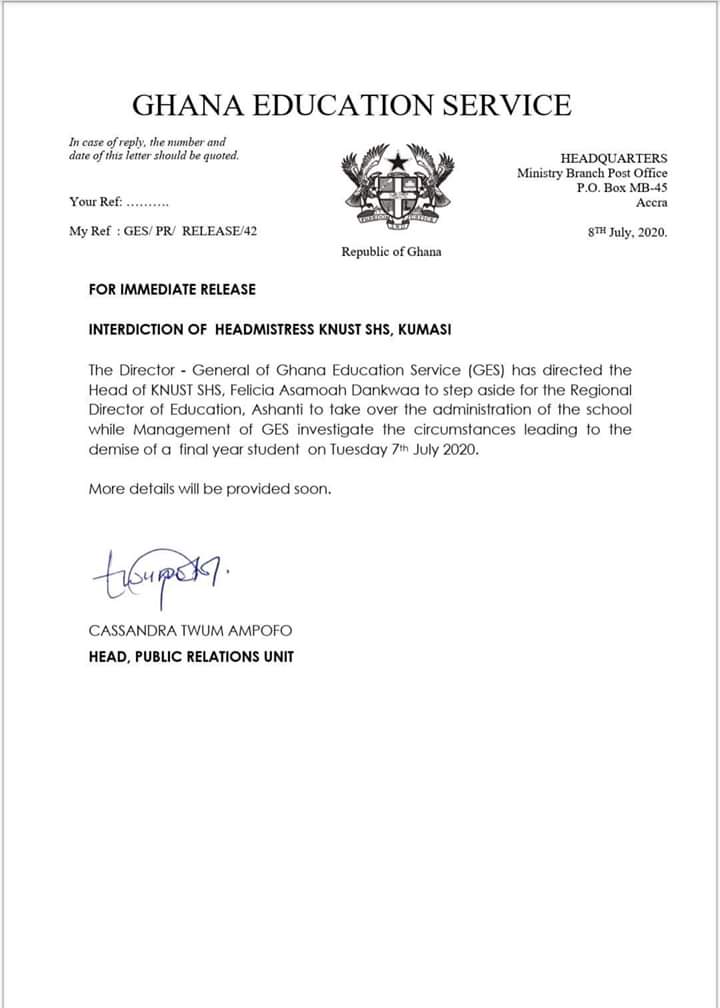 There was a heavy police presence at the KNUST Senior High School after students on Tuesday night demonstrated over the death of their colleague.