Ghana Airport Company Limited has in a statement confirmed the death of a middle-aged man travelling from the United States of America.

The statement from Ghana Airport Company Limited detailed events leading to the death of the man.

But an eye witness by name Emelia Van Eck on Facebook has contested the account of the Ghana Airport Company Limited over the death of the middle-aged man.

On Friday, June 17, the deceased, said to have arrived on board United Airlines from Dulles International Airport Washington, complained of tiredness and difficulty in breathing.

According to a statement from the Company (GACL), he was offered a wheelchair and given medical aid.

But he is said to have died at the Airport Clinic, where he was rushed to. 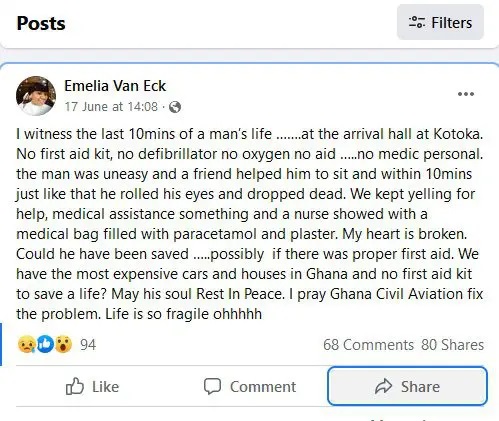 Commenting on the incident on Facebook, Emelia Van Eck said she witnessed the last 10 minutes of the fatality and stressed that the man could have been saved “if there was proper First Aid”.

She said the nurse who showed up after SOS calls were made only brought a medical bag filled with Paracetamol and plaster.

“We have the most expensive cars and houses in Ghana and no first aid kit to save a life?” she wondered. 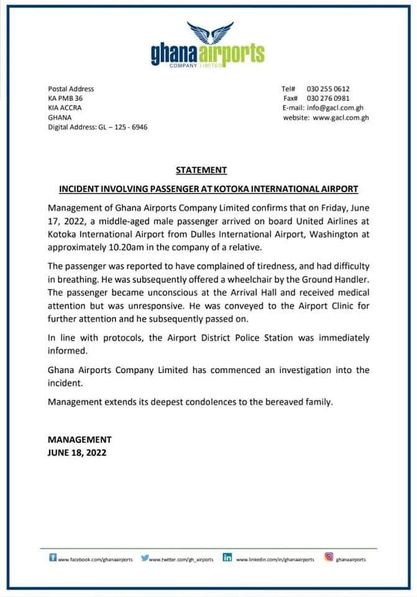