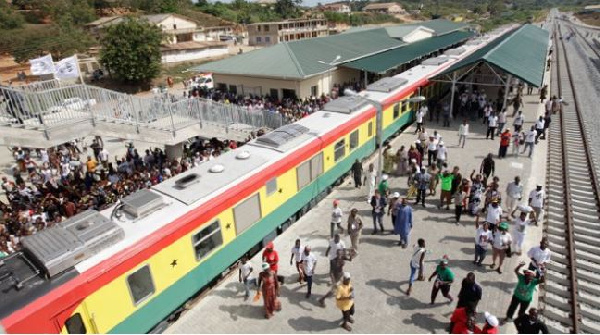 The Ghana Railway Development Authority says it will provide free passenger services for commuters from Takoradi to Tarkwa.

The development follows the completion of the rehabilitation works on the Takoradi to Tarkwa rail line by the Ghana Railway Company Limited (GRCL).

At the same time, the GRCL had conducted several successful joint test runs with the Ghana Railway Development Authority, the regulator, to ensure the lines are suitable for passenger services.

In a press release, it said: “After the test runs, GRDA has given certification for GRCL to commence passenger service on the line.”

Commercial passenger service will, however, commence on 5 February 2020.

“We wish to also indicate that currently, the Western line is being developed and occasionally there will be the need for GRCL to stop operations to enable the contractor to do some civil works on the line.

The general public, the statement, concluded will be duly informed when such occasion arises.