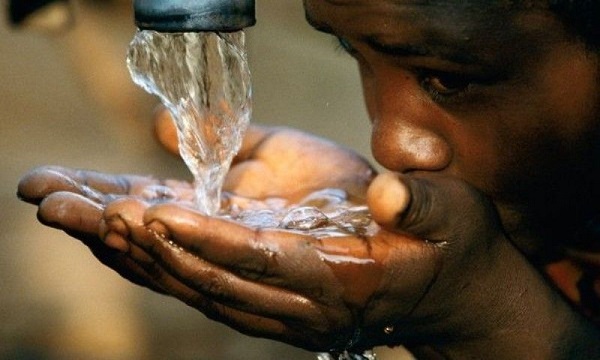 Madam Cecilia Abena Dapaah, the Minister of Sanitation and Water Resources, said the Government is committed to providing Ghanaians with potable water to meet the Sustainable Development Goal (SDG-6) by 2030.

“We always say that water is life, and I want to add that good quality water is life because if you drink dirty, polluted and contaminated water, you know what will happen to you,” she said.

“Therefore, we have a Manifesto and an agenda as a government to provide potable water for the people.”

Madam Dapaah said this when Mr Andras Szabo and Madam Ergun Ulueren, the Hungarian and Turkish ambassadors, respectively, called on her to discuss the expansion of water projects to 16 towns and 130 villages in the country.

The Turkish and the Hungarian governments would support the projects through their respective Exim Banks.

Madam Dapaah said it was an honour to have the two ambassadors working together on one platform to use Ghana as a gateway to execute development in Africa.

She expressed President Akufo-Addo’s support, through the Ministry, to the water projects, adding:
“Last year we were privileged to have his Excellency cut the sod for seven major water projects and that is a feat, which is really commendable.”

“We have the Yendi water, Tamale, Damongo, Wenchi, and Sekondi/Takoradi water projects, then Sunyani and Keta water projects, Techiman is in the pipeline by Korea Exim, Oti and all new regions would have their share so that the projects are evenly distributed around the country,” the Minister said.

Madam Dapaah gave the assurance that the Ministry would provide collaborative support to the projects and was looking forward to speeding things up as the Minister of Finance takes office.

Mr Szabo said the water and health sectors had been of great concern to the two countries, hence working with their respective Exim banks to get on board to support.

Madam Ergun Ulueren, on her part, said Turkey and Hungary had decided to assist in developmental projects, particularly in ECOWAS countries like Ghana, and that feasibility studies had already begun on the water projects in 16 towns and 130 villages.