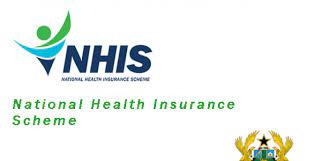 Majority Chief Whip, Frank Annoh-Dompreh has revealed that the government has released an amount of GH¢50 million to the National Health Insurance Scheme, NHIS.

The amount is part of the budgetary allocation of the scheme for the year.

Earlier in the month, the Minority Caucus in Parliament bemoaned the effects of fund capping and the undue delay in releases to the scheme for its operations.

The Majority Chief Whip, indicated that the Scheme is one of the beneficiaries of the latest financial release from the government.

“Not just the GH¢25 million goods and services. There was also a release of GH¢50 million to the NHIS,” Mr. Annoh Domreh said.

“And that has been confirmed by the Controller and NHIA has also accordingly confirmed the amount,” he added on Citi FM.

The Minority in Parliament had been complaining that the government had failed to fulfil its obligations to these providers since July 2021.

This has been taking a toll on the sustenance of the insurance scheme.

Health Service Providers on the National Health Insurance Scheme also bemoaned the delay in the disbursement of claims by the government for services they have rendered under the scheme.

According to the group, they have not received payment for their services since July 2021, and several attempts to have the Ministry of Health address their grievances have failed.