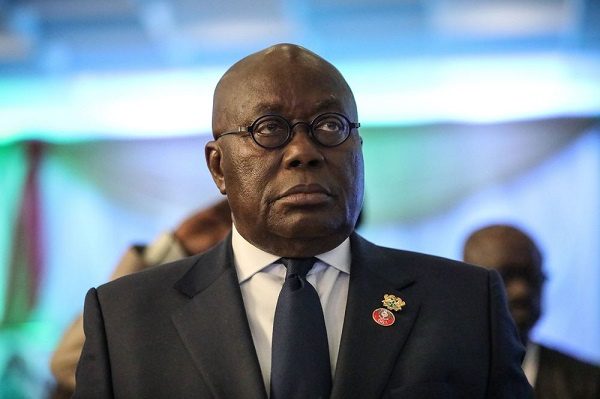 Hajia Fawzia Karim, the woman at the heart of the Akufo-Addo alleged $40,000 bribe has finally spoken.

A video circulating on social media where President Akufo-Addo is seen receiving an amount of money concealed in a brown envelope has been interpreted as accepting a bribe by the opposition National Democratic Congress (NDC).

The New Patriotic Party (NPP) have moved to dismiss the allegations and the woman seen in the said video has spoken for the first time.

READ ALSO: Mahama's campaign has failed so he has resorted to bribery fabrications - Oppong Nkrumah

In her interview with Asaase Radio, Hajia Fawzia mentioned that the footage has been doctored, adding that they had visited candidate Akufo-Addo to donate towards his 2016 campaign. According to her, she donated 1000 t-shirts and GH¢40,000 on the said day out of her own volition.

“It was before the 2016 elections. I had about 1000 t-shirts which had the pictures of the then-presidential candidate and his vice and added an amount of GH¢40,000 to support Nana. I went there as a party supporter,” she said while expressing shock at the turn out of events.

Hajia Fawzia suspects the video was recorded by Salis Yakubu Atsuluho of the Salis Newspaper. She said that Salis was one of the two persons who accompanied her to Akufo-Addo's private residence.

Meanwhile, Minister of Information, Kojo Oppong Nkrumah has asked the general public to disregard the bribery allegation levelled against the President, stressing it is false information being propagated by the opposition National Democratic Congress (NDC).

While noting that the government has braced itself for more fabricated and concocted information with a few days to the elections, Mr Oppong Nkrumah said the encounter captured on tape ensued at a time Akufo-Addo was not yet president.

“Whilst we are not surprised by the new low by the opposition candidate and his party, we remind Ghanaians that they should expect more of such falsehoods and fabrications in the days leading up to the election," he said in a statement.

“It has become clear that candidate Mahama’s failed campaign now sees fake news and fabrications, as well as an amendment of their earlier promises as the only hope to salvage what is going to be another decisive victory for President Akufo-Addo and the New Patriotic Party.

“We are disappointed that Mr Mahama and the current NDC leadership will stoop so low with obvious fabrications which they hope can change the minds of Ghanaians. It is and will always be their stock-in-trade.

“The people of Ghana are discerning and will not be swayed by obvious fabrications designed by persons who always seek to bring the name of the Republic into disrepute and sully its image amongst the comity of nations.

“For the avoidance of doubt, President Akufo-Addo has never been involved in any untoward conduct, let alone take a bribe. The original footage of the incident shows it clearly as a 2016 campaign donation and nothing more,” he stressed.

Despite government dismissing the claims, the NDC has called on the President to step down following a leaked video of him allegedly receiving a bribe.