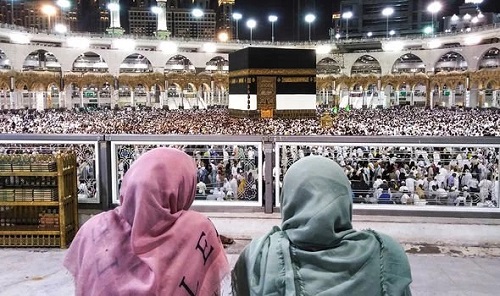 The Pilgrimage Affairs Office of Ghana (PAOG), in collaboration with Hajj Agents Association has announced that an additional $80 fee has been imposed by the Saudi Arabian government for the 2020 Hajj but the government has absorbed that increase.

The unsubsidized Hajj Pilgrimage fare is GH¢24,000 but the Ghanaian government pays a GH¢4,500 subsidy for all pilgrims.

The new fare was announced by the Chairman of the PAOG, Sheikh I.C. Quaye, at a 2019 Hajj Thanksgiving Service held today at the Hajj Village in Accra

Medical Director of the Ghana Hajj Board, Dr Zakaria Seidu, has advised Ghanaian Muslims to seek medical clearance before embarking on the holy pilgrimage to Mecca, Saudi Arabia.

This comes on the back of the death of two pilgrims and a miscarriage by another during this year's Hajj.

Dr Seidu stated that some of the deaths and medical emergencies involving members of Ghana's contingent of 6,000 pilgrims could have been avoided if they had sought medical advice before the pilgrimage.

Dr Seidu said this after the last batch of Ghanaian pilgrims to the Hajj totalling 472 returned to Ghana on Friday September 6, 2019.

"Medically, the Hajj is a very strenuous activity which lasts just over a month, so you must know your health status before attempting it," he said.

"The major challenge we had health-wise had to do with respiratory tract infections, which resulted from the congestion of persons during the Hajj rituals, we guarded against this by providing face masks for all the Ghanaian pilgrims, Dr Seidu added.

"However, two male pilgrims aged over 60 years died. One collapsed and died during the Tawaf ritual, while another died after performing all the rituals," he said.