I'll fight CHRAJ with all I have - Adjenim Boateng 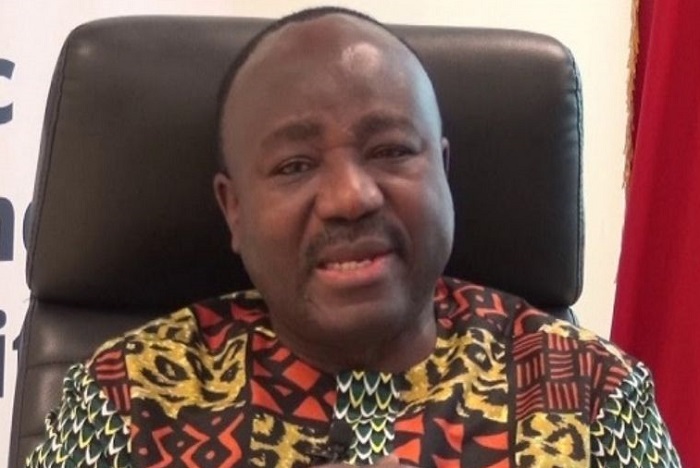 The dismissed Chief Executive Officer of the Public Procurement Authority (PPA) Adjenim Boateng Adjei has vowed to fight his the Commission on Human Rights and Administration Justice (CHRAJ).

Mr Adjei had his contract terminated as a result of a recommendation CHRAJ after he was found guilty of conflict of interest.

Mr Adjei was investigated by CHRAJ for corruption and conflict of interest after he was accused of sidestepping procurement procedures for personal gains.

Speaking for the first time, Mr Adjei denied his involvement in any corrupt act and says he will fight this.

"I am at battle with CHRAJ, I will make sure we go a long way with this case. I will bring out certain things as time goes on. I will show them that there are some people who rather have to be barred from public office and those are the people at CHRAJ. If you can do such an investigation that lack basis and make a determination that I should be barred from public office for five years then I will expose them. I didn't engage in any corrupt act so I will ensure I fight this to the end.

The decision follows the submission of a report to President Akufo-Addo by Commission on Human Rights and Administration Justice (CHRAJ) on a conflict of interest investigation initiated against Mr Adjei.

A report issued by the CHRAJ has noted that Mr Boateng Adjei was unable to explain the volumes of cash that passed through his bank account with the Stanbic Bank after his appointment.

It emanated from an investigative work by journalist Manasseh Azure Awuni over some contracts sanctioned by the Authority.

The CHRAJ report had concluded that Mr Adjei had put himself in a position where his personal interests conflicted with the performance of his functions as CEO and board member of PPA.

Portions of the report said “The respondent (Mr Adjei) opened a USD Account at the Stanbic Bank on 03 April 2017 after his appointment as CEO of PPA. As of August 2-019, a total of USD516225 has been credited to the account and his debits stood at USD504607.87

“When confronted with the evidence of the sheer volume of cash that passed through his accounts the Respondent indicated that Frosty Ice Mineral Water Ltd does not have a bank account and that proceeds from the sales of the water is lodged in his account. Frosty Ice Mineral water Ltd is the company the Respondent owns with his wife, Mercy Adjei. He also claimed that he received money from other family businesses but could not name the family businesses.”

A release issued by Eugene Arhin, the Director of Communications at the Presidency, announcement the termination of his appointment said on Friday “Having satisfied himself of the fact that the recommendation made by CHRAJ is properly motivated and well-founded, the President has expressed his appreciation and gratitude to Mr Joseph Whittal and CHRAJ for the thorough and methodical manner in which the matter has been addressed.”

Aspects of the investigative work relating to potential acts of corruption were referred to the Office of Special Prosecutor for action. The Prosecutor is yet to come out with his report.