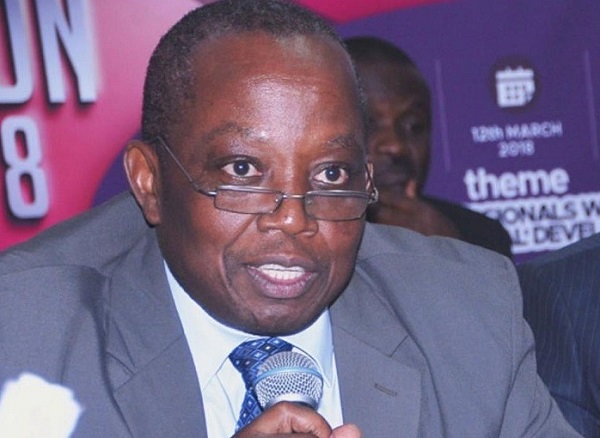 Managing Editor of the New Crusading Guide, Abdul Malik Kweku Baako says he supports the Auditor-General Daniel Yaw Domelevo going to court to challenge the decision by the Economic and Organised Crime Office (EOCO) to investigate his outfit.

Mr Domelevo sued EOCO at an Accra High Court. He argued that EOCO does not have the power to investigate corruption-related activities in relation to procurement processes.

Mr Baako, however, feels that the Auditor-General should desist from making too many public pronouncements.

He says Mr Yaw Osafo-Marfo who is also involved in the issue has not fed the public with too much information and is following due processes which the Auditor-General must emulate.

"I support the Auditor General but sometimes I feel he talks too much. We journalists are troublesome. Sometimes we put things in front of you for you to talk about. "

Mr Baako also expressed worry about the timeline of the case between the Auditor-General and the Senior Minister Yaw Osafo Marfo.

"I have difficulty with the Osafo-Marfo case, in terms of the timelines I have some issues with that.

"Right now the focus is on the Auditor-General and EOCO and I can't wait to hear what the court will say," he spoke on Joy FM's NewsFile on November 30,2019.

The NDC during the week alleged that EOCO is investigating the Auditor-General in a bid to remove him from office.

The NDC claimed that the government is bent on getting the Auditor-General out of office after he accused the Ministry of Finance and the Senior Minister Yaw Osafo-Marfo of contracting Kroll Associates in 2017 to recover assets from identified wrongdoers; investigate allegations of wrongdoing among others, paid the company an amount of US$1 million (equivalent of GH¢4,890,000), yet there was no evidence of work done.

This EOCO has dismissed and clarified that their investigation of Auditor-General Daniel Yao Domelevo is not to remove him from office as some suggest.

They said their investigation is in line with their legal mandate and purely borne out of due process.