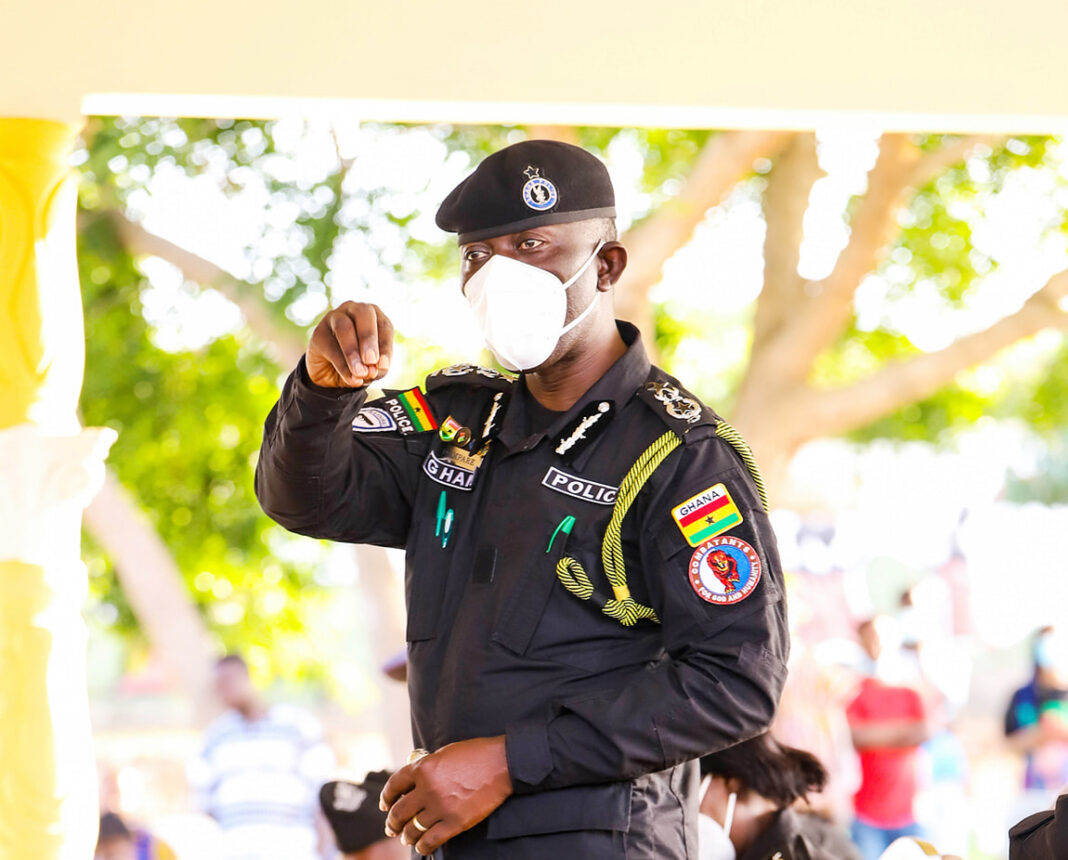 Inspector-General of Police Dr. Dampare is heading to Kumasi for a first-hand assessment of the chaos in Islamic SHS.

According to the Police statement, they have commenced an investigation into the situation. 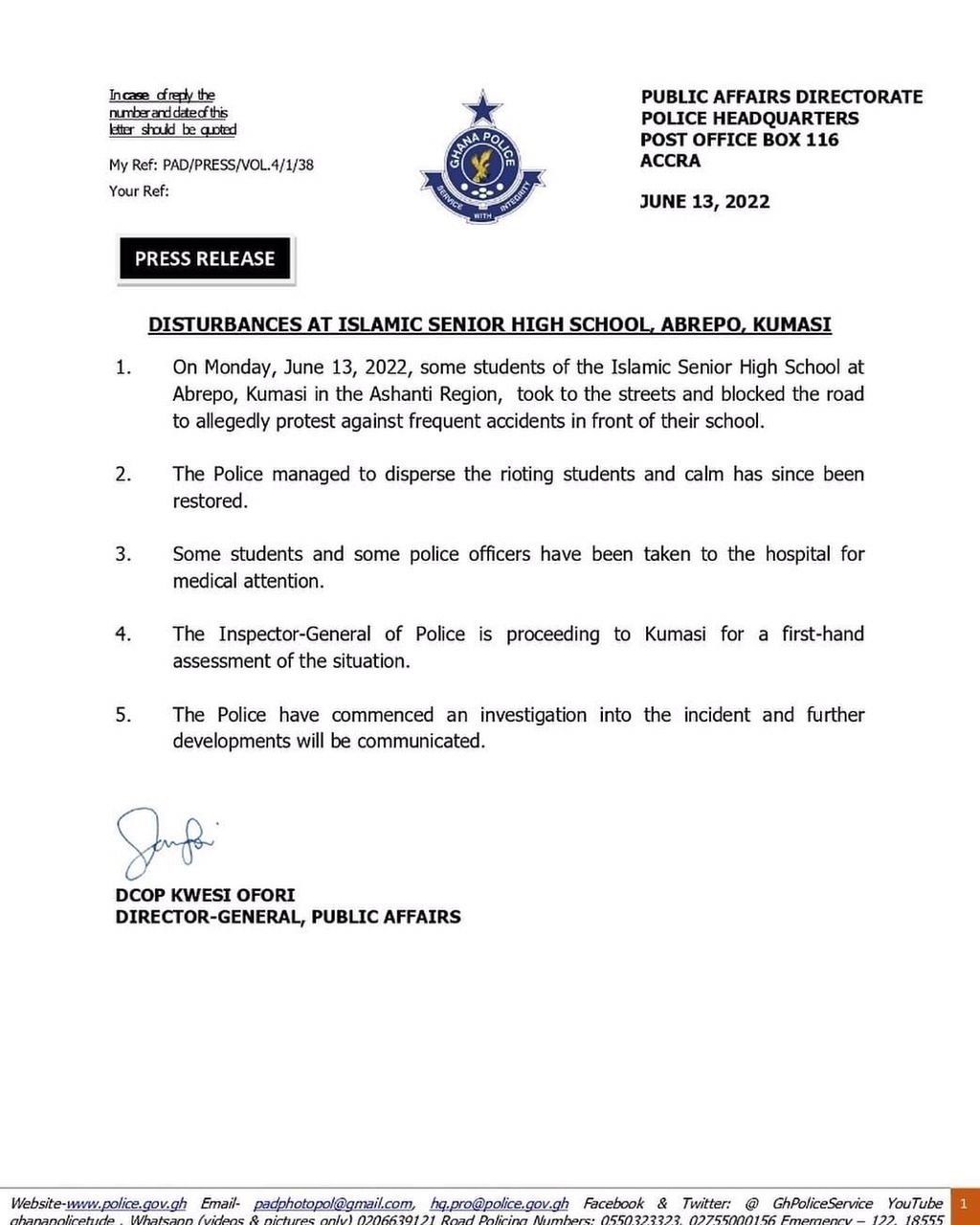 National Ambulance Service in the Ashanti Region says students of the Islamic SHS suffered Respiratory Distress after police allegedly opened tear gas on them while they were demonstrating over frequent road accidents in front of the school.

The Ashanti Regional Manager of the National Ambulance Service, Sommik Duut Miilon said they have not treated any gunshot injuries but most of them had difficulty in breathing.

Meanwhile, some parents of students of Islamic Senior High School have stormed the campus and are demanding the release of their wards.