Importation of old vehicles cause breakdowns and pollution- Moses Asaga 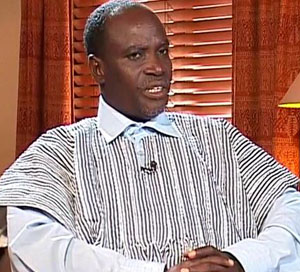 The Chief Executive Officer of the National Petroleum Authority(NPA) Moses Asaga has blamed the importation of ‘old vehicles’ as the cause of short life spans of vehicles and environmental pollution rather than the influx of substandard fuel in the Ghana.

Speaking on Accra-based Citi FM, he said the notion that substandard fuel has been imported into the country and causing the breakdown of cars, polluting the environment and endangering the lives of Ghanaians could be wrong.

A report by Public Eye has accused Swiss firms for their links to the trade of diesel in Africa that contain high Sulphur considered illegal in Europe.

Sulphur, which is a major contributor to air pollution with the World Health Organisation confirming that it has accounted for many diseases such as cancer and heart and respiratory illness.

Meanwhile, dirty fuel is also a major cause of the short lifespan of cars in Africa compared to those in other regions.

However, the NPA boss argues that, people are overstressing the health impact of high sulpur containing diesel.

He said, about 80 percent of the vehicles used in the country are imported and they are the cause of the pollution in environment instead of the fuel they use.

He added that the reports that there is an influx of substandard fuel in the country which has posed danger to vehicles and human beings must be disregarded.

According to him, there are quality fuel in the system include V. Power but the problem lies with the type of vehicles used in the country.

He said, the NPA and other stakeholders in the oil and transportation sectors would meet to find solutions to the problems with regard to fuel and the vehicles used in the country.

It is only behind high blood pressure, dietary risks and smoking.