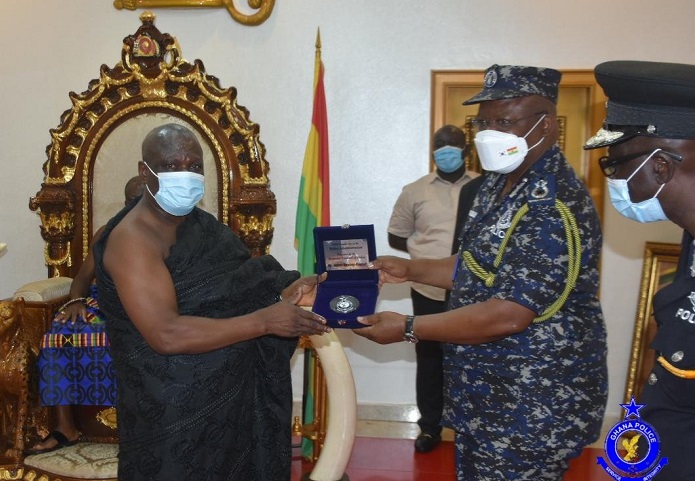 The Asantehene, Otumfuo Osei Tutu II, has told the Inspector General of Police, James Oppong Boanuh to improve general security in the country.

This the Asantehene says will boost public confidence ahead of the 2020 election.

He challenged the police administration to bring finality to criminal cases reported to their outfit in order for the general public to have confidence in them.

The Asantehene made this statement when Oppong Boanuh paid a courtesy call on him at the Manhyia palace as part of the IGP’s one-day tour of the Ashanti Region.

“Since you are here, I want to talk about the rampant killings on our highways of which some MPs have even been affected. People are not comfortable with that. This has created fear and panic among the populace. They [armed robbers] at times block roads and rob people of their belongings. But I know that with the training you’ve received if you decide to investigate to get to the bottom of any issue, you will be able to do that. You should therefore do that for Ghanaians to have confidence in the police institution. I read in the newspapers that there has been a proliferation of small arms among the populace. Why should it be so? If it happens that those of us you are supposed to protect are rather acquiring arms then it means they have lost confidence in you. You have to critically look at that. You have to do your work well to ensure peace in the country,” Otumfuo said.

The IGP on his part expressed the police administration’s resolve in addressing such issues. 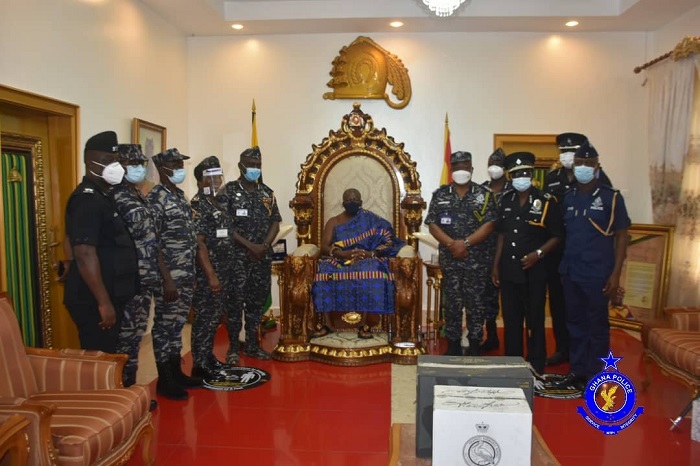 The Asantehene further advised the youth not to be deceived by politicians to foment trouble in the elections.

Police administration’s preparation ahead of the 2020 general elections