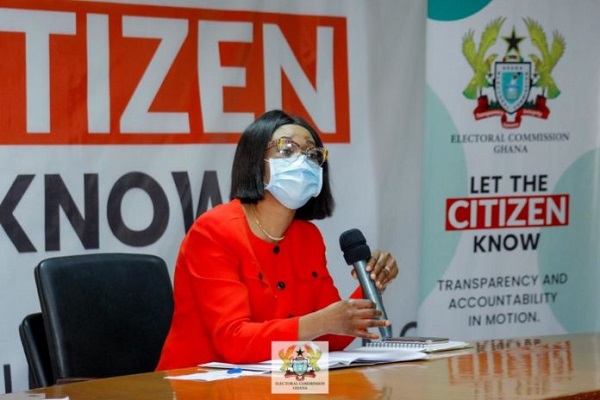 A cross section of the public in Ho are calling on the Electoral Commission (EC) to arrest, prosecute and possibly jail the disqualified presidential aspirants that allegedly forged signatures.

They said the act constituted a crime and must therefore not be condoned. They alleged that the five disqualified aspirants were likely to exhibit same character when they occupy the highest office and needed to be prosecuted to deter others.

The people were reacting in an interview with the Ghana News Agency (GNA) regarding EC’s disqualification of five Presidential aspirants.

Mr Emmanuel Akwensi, a resident in Ho said the five aspirant should be jailed and banned from participating in the country’s electoral process.

Tilda Elinam, another resident commended the EC for doing the right thing as the persons failed to follow due process, however, they said should not be banned.

Another resident who gave her name as Isabella said the actions of the aspirants were appalling and could promote corruption, and should be banned from the country’s politics.

The Electoral Commission (EC) has disqualified five Presidential aspirants out of 17 from contesting in the upcoming December 7 elections.

The EC indicated that the disqualification was triggered by series of issues including; IT issues, similar handwriting and signatures, fake signatures, supporters from the same districts, incomplete data among others during the filing stage of which have been reported to the police CID for investigations.

The EC explained that the GHS100,000 filing fee will be refunded to the disqualified candidates, while the remained qualified 12 would proceed to contest in the election.