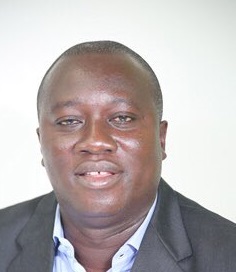 Member of Parliament for Mfantseman Constituency in the Central Region Ekow Quansah Hayford has been shot dead by unknown assailants.

Sources say the MP was shot on the Abeadze Dominase–Abeadze Duadzi–Mankessim Road when returning from a campaign trip.

According to an eye witness, they were stopped on the road by alleged armed robbers who robbed them of their belongings.

The eyewitness said the robbers numbered about six came from nowhere and ordered them to stop but the driver realized he could drive through them but he was shot and he lost control of the vehicle.

The robbers then ordered all the passengers to come down including the MP.

The MP laid down and the robbers seized all items on them, Mr Ekow Quansah Hayford identified himself as the sitting MP for the area.

One of the robbers then said they have been looking for the MP because he is one of the people who have made Ghana difficult so they shot him twice at the back.

The people of Mfantseman are in a state of mourning and are shocked by the development.

In another development, the National Democratic Congress (NDC) campaign team were attacked by gunmen at Ejuratia in the Afigya Kwabere District in the Ashanti Region.

The team which is part of former GNPC boss Alex Mould's campaign team touring the Ashanti Region came across robbers on Wednesday, October 7, 2020.