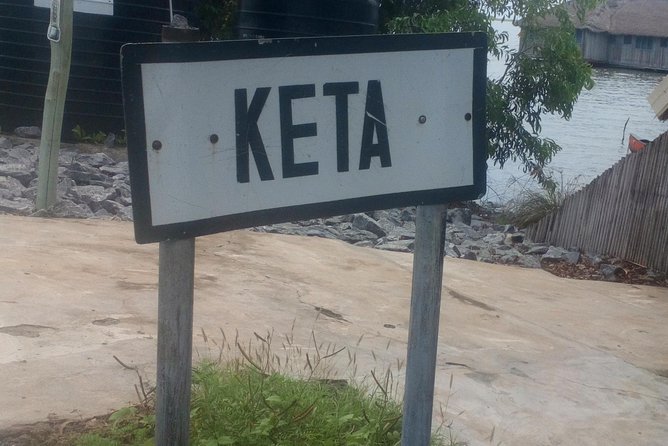 Some residents of Keta in the Volta Region on Wednesday took to the streets to protest alleged corruption and underhand dealings at the municipal assembly.

Organising themselves into the Concerned Citizens of Anlo Land, agitated youth say they are fed up with rot at the Keta Municipal Assembly and have petitioned President Nana Akufo-Addo to immediately probe the assembly.

The petition to the President makes various allegations bordering on financial mismanagement, theft, embezzlement and abuse of power.

â€œWe the Concerned Citizens write to officially bring to your attention the need for an urgent investigation into the following alleged malfeasance, indiscriminate sharing of the reclaimed land, misappropriation of funds, misapplying of funds and day-light robbery of the poor citizens of the Anlo land,â€ the agitated youth said in the petition.

The group said the KeMA has awarded numerous projects and contracts to some selected few who are in positions of influence and conflict of interest.

â€œHis Excellency the President, when we were hit by the havoc-wrecking Covid 19 pandemic, the government through its finance ministry released an amount of â‚µ166,280.62 to the Assembly.

â€œThis said amount was supposed to help fight the virus, save the local businesses and to ease the pressure on the ordinary Anlo sons and daughters. But because of self-seeking and parochial interest of faceless individuals, this money cannot be accounted for,â€ the petition jointly signed by Wonder Setsoafia Deynu, Covener; Divine Amedzrovi, Secretary; and Favour Fugah, Organiser, alleged further.

Read the full petition below.

THE PRESIDENT OF THE REPUBLIC

OFFICE OF THE PRESIDENT

PETITION ON THE ROT AT THE KETA MUNICIPAL ASSEMBLY

His Excellency, we the Concerned Citizens of Anlo land with a heavy heart write to pour our dissatisfaction about the happenings in the Keta Municipal Assembly and call for an immediate investigation.

Keta municipal is one of the oldest Assemblies in Volta Region, established in 1988 out of which Ketu South, Ketu North and Anloga districts were carved out.Â  The thirty-three (33) years journey of this Assembly should have resulted in monumental development across the entire municipality. But this is not the case.

A lot of rot, looting, stealing, white colour robbery, etc. have happened at the Assembly. We the Concerned Citizens write to officially bring to your attention the need for an urgent investigation into the following alleged malfeasance, indiscriminate sharing of the reclaimed land, misappropriation of funds, misapplying of funds and Day-light robbery of the poor citizens of the Anlo land. We have heard allegations and counter-allegations as to the exact people involved in this criminality. We the Concerned Citizens demand a full-scale investigation into the following and when found culpable, face the full rigours of the law.

INDISCRIMINATE SHARING OF THE RECLAIMED LAND

In the mid-2000s, the government of the day through numerous investments reclaimed a sizeable portion of land at the eastern part of keta. The purpose of this reclaimed land is to:

These are the criteria/reasons for the allocation of any parcel of land to any individual upon request. But this has not been the case.

The Development Sub Committee Chairman, Hon. Makafui Kofi Woanya, who also doubles as the Regional Chairman of the New Patriotic Party (NPP) connived with some selected Assembly members arrogated superpowers to themselves to share the land like a wedding gift.

It has been alleged by the Municipal Planning Officer on Jubilee radio that Hon. Makafui Kofi Woanya single-handedly allocated so many acres of land to himself to establish a radio station (SandCity radio) and subsequently distributed the same to his assigns without due process and documentation.

In the time that land could not be found for the construction of an AstroTurf football park for the municipal, Hon. Makafui Woanya willfully dashed out parcels of land to his aligns and cronies without recourse to the law. He gave land to his stepmother, his manager, his two brothers, Ivan Quashigah, Makumator, Kojo Baba, and many more.

In furtherance to this, some of the Government Appointees and elected Assembly members were compromised and also have shares in this looting.

Other Beneficiaries of The Land Booty include;

All the above beneficiaries must also be investigated to determine the veracity or otherwise of their claims.

AWARDING OF CONTRACTS IN THE ASSEMBLY

Every MMDA is the representative of the central government as a way of decentralizing developments at the local level. Due to this, funds are allotted to every Assembly through the District Assembly Common Fund, Disability Fund, District Development Fund, FOAT Assessment, etc. to aid in their pursuit of local development in order to alleviate the plight of the ordinary and the downtrodden in the society.

The KeMA has awarded numerous projects and contracts to some selected few who are in positions of influence and conflict of interest. One of such is the current Chairman of the Development Sub Committee of the Assembly, Hon. Makafui Kofi Woanya, who used his position as the regional chairman of the ruling NPP through democratic tyranny to amass these contracts to himself and his assigns and stooges.

Few of these projects and contracts include;

Ladies and Gentlemen, I am talking about one, single one market shade at that price. This contract was awarded to Elikem Ventures owned by one Elikem Sewordor (Government Appointee) and a special aid to Hon. Makafui Kofi Woanya

We the citizens of the Anlo land are of a firm belief that all these dubious contracts did not undergo any competitive tendering. Even if these contracts underwent competitive tendering, he might have used his superpowers and influence to obtain them since he is privy to any contract that comes to the Assembly.

The question is; are these three individuals the only qualified contractors in keta Municipal?

His Excellency the President, when we were hit by the havoc-wrecking Covid 19 pandemic, the government through its finance ministry released an amount of â‚µ 166,280.62 to the Assembly. This said amount was supposed to help fight the virus, save the local businesses and ease the pressure on the ordinary Anlo sons and daughters. But because of the self-seeking and parochial interest of faceless individuals, this money cannot be accounted for. Our investigations

revealed that, Ahamu Const. Ltd. and Elikem Ventures were beneficiaries of this day-light and naked robbery by the Assembly. The two companies were awarded contracts to supply the installation of ten (10) 300-litre poly tanks and drilling and mechanization of two (2) boreholes totalling â‚µ 96,000.00. These monies were paid for no work done under the watchdog of the MCE (Hon. Effah Godwin), the MCD (Mr. Dekpor), and Development Sub Com. Chairman (Hon. Makafui Kofi Woanya).

Our further checks indicate that an amount of â‚µ 111,000 was also missing from the Covid 19 relief fund.

Mr President is it not so sad and pathetic that even the money released for People With Disabilities was also shared and chopped?.

Our relentless efforts in revealing the truth showed that aboutÂ  â‚µ 300,000.00 budgeted for persons with disabilities (PWDs) in 2020 which the Administrator of the District Assembly Common Fund (DACF) transferred an amount ofÂ  â‚µ 221,869.44 to the account. The sad story is that onlyÂ  â‚µ 70,000 out of the said amount was given to them whilst the Hon. MCE, the Development Sub Com. Chairman (RC NPP) Shared the rest booty amongst themselves.

Â FAILURE OF THE TECHNOCRATS

His Excellency,Â  the civil service act, Act 1993( PNDCL 327) established the Civil Service to assist government in the formulation and implementation of government policies for the development of the country which Keta is part of. It is because of this that technocrats are assigned every district. The technocrats in Keta have become toothless, hysterical, timid, harassed and threatened in discharging their duties. The technocrats through coercion and intimidation were involved in dubious activities. They signed contracts they should not be signing. Monies were diverted, misapplied and misappropriated. Just to mention a few;

The Budget Officer has made himself the chief contractor of the Assembly. He awarded Gravelling of the Ghanakpedzi road to himself

He withdrew the Covid 19 infrastructure money with fake contract documents.

The MCD (Mr. Dekpor) with the help of the MFO always connived with the MCE, Hon. Godwin Effah to borrow money from peopleâ€™s personal account and later use the common fund releases to pay any recourse to the GIFMIS

The account section of the Assembly was demanding 30% of any fake receipt signed in regards to the sales of the reclaimed lands.

The entire Assembly structure is in total darkness for non-payment of electricity bills, but they, (MCD, Budget, MFO) have emptied all the accounts of the Assembly.

DERELICTION OF DUTY BY THE SUB COMMITTEES OF THE ASSEMBLY

Ladies and Gentlemen, why do we elect people to represent us at the Assembly?

Is it not to serve our interest?

Is it not to bring development to our villages and towns?

Is it not to ensure that things are done properly?

We the Concerned Citizens of Keta are sad to report that all the Assembly members and the various sub-committees failed in their supervisory roles in having oversight on the activities of the Assembly.

But it is not surprising, some of the Assembly members ( both Elected and Appointed) were also deep-necked in these criminal and barbaric activities. OTHER CORRUPT PRACTICES

Our checks revealed that an amount of â‚µ 150,000.00Â  was withdrawn from the common fund for this project, which in the first place should not have happened. This said money was also shared among Hon. Makafui Kofi Woanya and his cronies.

Cost of rehabilitation of MCEs residence

It is on record and documented that an amount of â‚µ50,000.00 cash was given to the MCEâ€™s driver to be delivered to the Municipal Chief Executive (Hon. Godwin Effah) for the renovation of the residency but our checks again revealed that same contract was awarded to the tune of â‚µ 354,000.00. Same contract awarded twice. This is UNBEALIVABLE.

We call for thorough investigations into all the above projects.

His Excellency,Â  one thing we have realized throughout our painstaking investigations is that, Hon. Makafui Kofi Woanya, the current Volta Regional Chairman of the ruling New Patriotic Party (NPP) is the brain and the master-mind of the fall of our dear Keta Municipality.

It is interesting to know that he served four (4) separate terms as an Assembly member elected for Anloga Lashibi where he was the Development Sub Committee Chairman before the separation of keta and Anloga respectively in 2019. He then went back to his mother constituency (Anlo) because that is where his polling station is located.

The funny aspect of this whole saga is, he chose to come back to Keta Assembly as Government Appointee instead of staying at Anloga, his mother constituency.

The question is, what is the motivation for him coming back as a Government Appointee and to be selected as the chairman of the Development Sub Committee in the Keta Municipal Assembly? It can only be for crooked and dubious reasons as its being manifested.

We want to boldly state that until Hon. Makafui Kofi Woanya and his cronies and assigns are booted out of Keta, this municipal would sink and sink forever.

We, the Concerned Citizens of Anloland are therefore appealing to the high office of the president of the land to as a matter of urgency call for an investigation into all the allegations leveled against the various individuals in this petition.