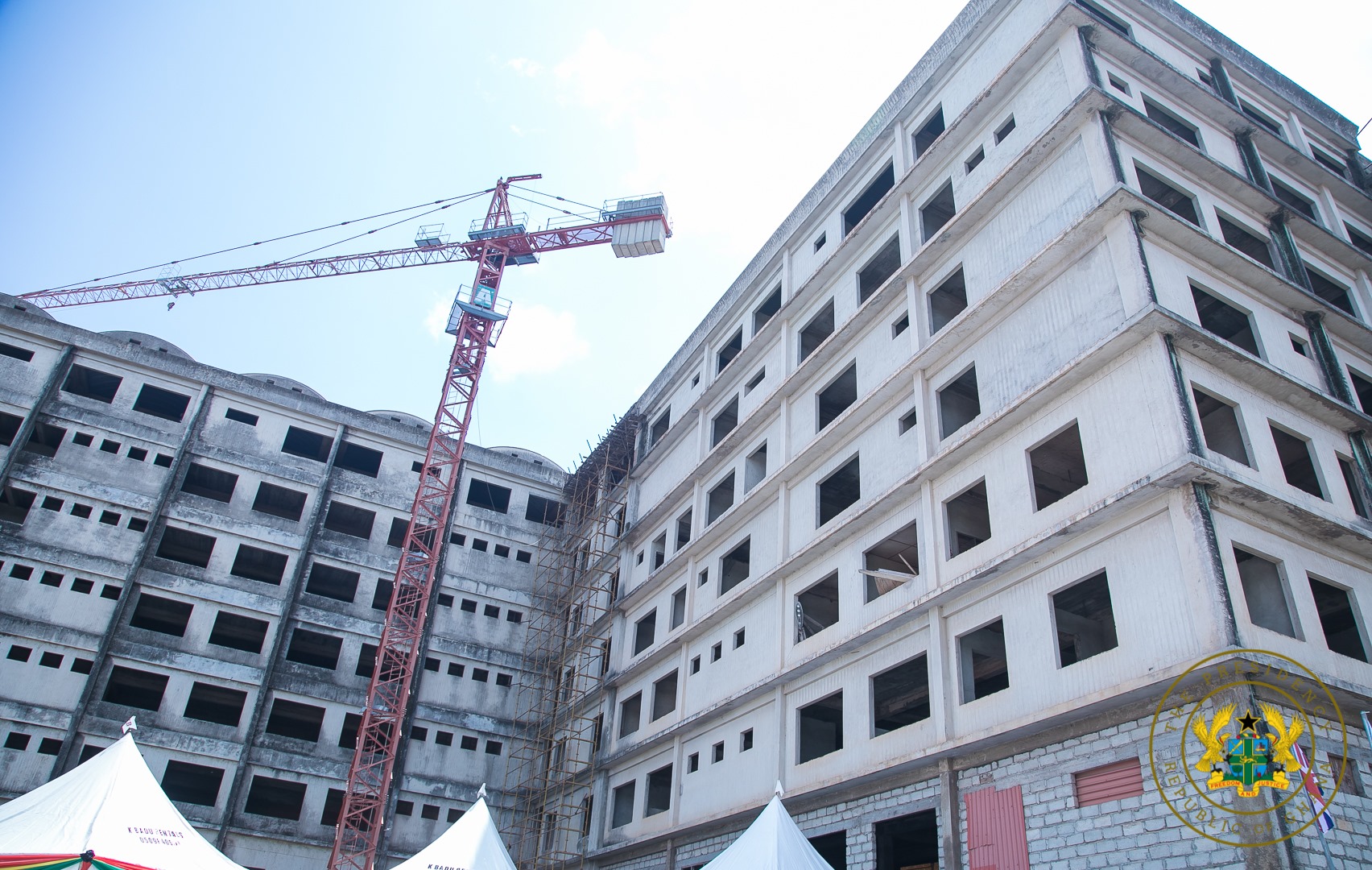 The Maternity and Baby Unit (MBU) of the Komfo Anokye Teaching Hospital (KATH) in Kumasi is to be pulled down to pave way for a new structure that is fit for the purpose.

The 45-year-old structure, meant to accommodate 750 beds, lecture halls, restaurants, operation theaters among others, has been found to be too weak to accommodate all the equipment and the number of people expected to use the facility.

Following a number of structural analyses conducted on the building, it has been recommended that it be demolished for a new one to be built in its stead.

Following the handing over of the project by President Nana Addo Dankwa Akufo-Addo on May 15, 2020 to the current contractors, Contracta UK Ltd, the latter has conducted a number of tests on the structural integrity of the building.

All the tests showed that the building had become too weak to accommodate the equipment and the anticipated human traffic and might not survive the test of time.

The company, therefore, proposed that the building be pulled down for work to start afresh on the 750-bed capacity facility.

Similar tests conducted by the Ministry of Health (MoH), also showed that the columns of the structure had become too old and weak, while the concrete too had become brittle and the iron rods were also rusting.

Meanwhile, the Minister-designate for the Ashanti Region, Mr Simon Osei-Mensah, has confirmed that Cabinet, last year, approved the proposal submitted by the MoH for the demolition of the structure based on the advice of experts.

Speaking on Abusua FM, a Kumasi-based radio station yesterday, he explained that the decision of Cabinet to approve the demolition of the structure was based on experts advice.

He said all the structural integrity tests conducted on the building showed that it might not be fit for the purpose and as such it would need to be pulled down.

For now, he said the management of the hospital, together with the contractors and the Regional Coordinating Council would hold a stakeholders meeting and also have a sensitisation programme to inform those living around the facility of the demolition exercise.

He, however, could not give a timeline for that exercise.

A source at the KATH told the Daily Graphic that the funding secured for the reactivated project would be used for the new project “but instead of the 750 beds, the funds will be able to provide 500 beds.”

The source said there would be the possibility for a phase two to increase the bed capacity to the original 750.

On May 15, last year, President Akufo-Addo cut the sod to reactivate the construction of the 750-bed facility that had stalled for more than 40 years.

This was after the government secured a €155 million facility from the Deutsche Bank through the United Kingdom Export Finance (UKEF) and was expected to be executed within 36 months.

The MBU of the KATH was started in 1976 but was stalled in 1979 and after 20 years, it was reactivated in 1999 by the late former President Jerry John Rawlings.

The then government had to pull down the old structure due to its weak infrastructure integrity.