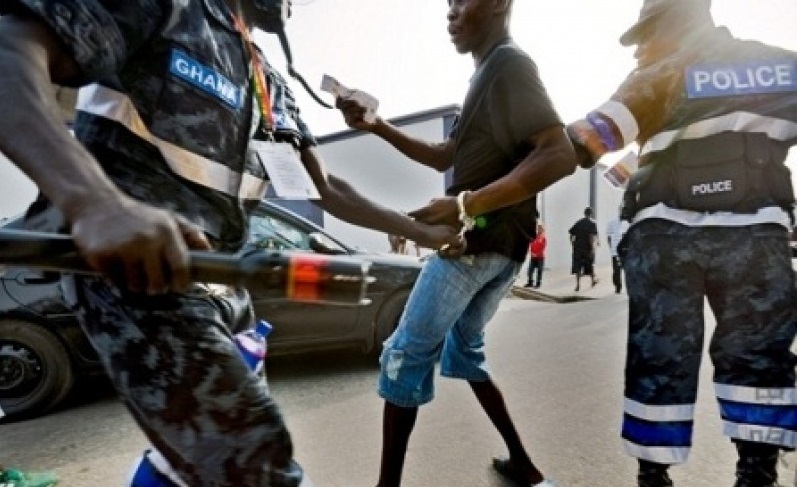 The Volta Regional Police Command has arrested five persons for forcibly removing the Karachi West DC, Douglas Osei Nti from office on, May 28 2019.

The irate supporters of the governing NPP in the Krachi West Constituency stormed the District Assembly office, chased him out, locked the office and handed over the DCE to the Police. The NPP supporters accused the DCE, Mr Osei-Nti of engaging in acts that have made the NPP unpopular in the constituency.

According to the youth, Mr Osei-Nti has become arrogant and engaged in corrupt deals. They also claimed that the DCE keeps awarding contracts to himself and has acquired a landing beach contrary to the terms of his office.

A police statement on Thursday, May 30, 2019, stated that the law will not encourage the use of force to by citizens to get their concerns addressed.

The statement indicated that: ''the suspects are being investigated for assault by imprisonment, offensive conduct and causing lawful damage among others''.

The statement also urged the youth to use lawful procedures in addressing their grievances. 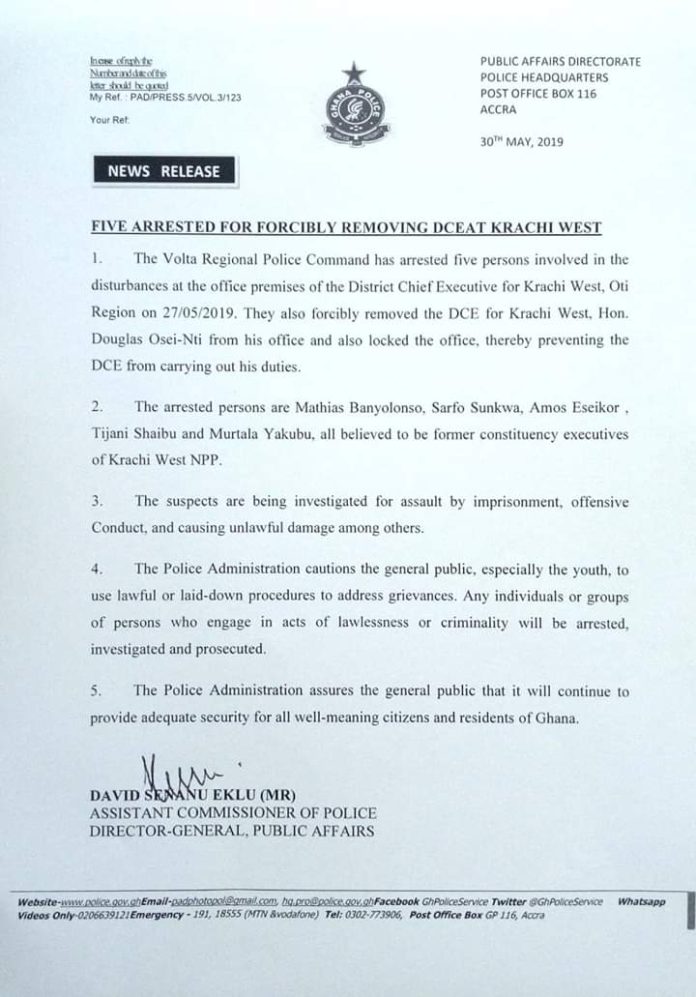