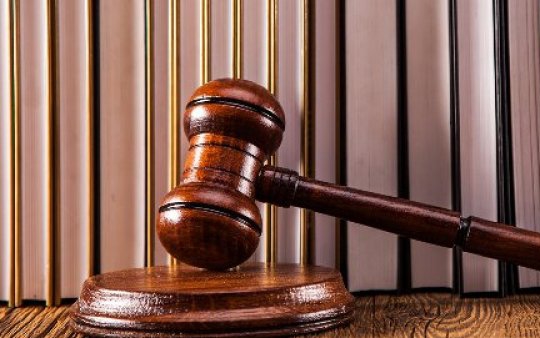 A 54-year-old labourer accused of defiling a minor over 21 times at Adamborobe in the Greater Accra Region has appeared before an Adentan Circuit Court.

Philip Jumpa, who is being held for defiling an 11-year-old pupil, has denied the charge of defilement.

The court presided over by Mrs Sedinam Awo Balokah has admitted him to bail in the sum of GHC200,000 with three sureties.

The court has ordered Jumpa to be reporting to the Police every Wednesday.

It also directed the prosecution to file disclosures and serve same on the accused person and his counsel two days to the next adjourned date.

The accused is expected to reappear on December 21.

Chief Inspector Maxwell Lanyo who held the brief of Chief Superintendent of Police Patience Mario, said the complainant was a trader and now residing at Amrahia with the victim, a class four pupil.

The prosecution said Jumpa resided at Adamborobe together with the victim and her father.

It said in April 2021, Jumpa started making advances towards the victim by hitting her buttocks and she reported it to Jumpa’s wife.

It said the accused’s wife told the victim that Jumpa was only playing with her.

The prosecution said following that, Jumpa allegedly always lured the victim into his matrimonial bed and had sex with her anytime people were not in the house.

It said Jumpa warned her not tell any one about the sexual act else he would kill her.

The prosecution said the victim as a result of the threat, kept the ordeal to herself.

It said in December 2021, the victim was sick and rushed to the Dodowa Government Hospital by the accused person’s wife.

The prosecution said in September 2022, the victim left Adamborobe for the complainant’s place at Amrahia and again fell sick with offensive discharges from her vagina.

It said the complainant took her to a hospital where it was detected that she was abused sexually.

It said a report was made to the police at Oyibi and the accused was arrested, cautioned, and granted bail.

The prosecution said on November 10,2022, the case docket was transferred to the Domestic Violence and Victim’s Support Unit at Adenta for further investigations.

It said during interrogation, the victim told the Police that Jumpa had had sexual intercourse with her over 21 times.