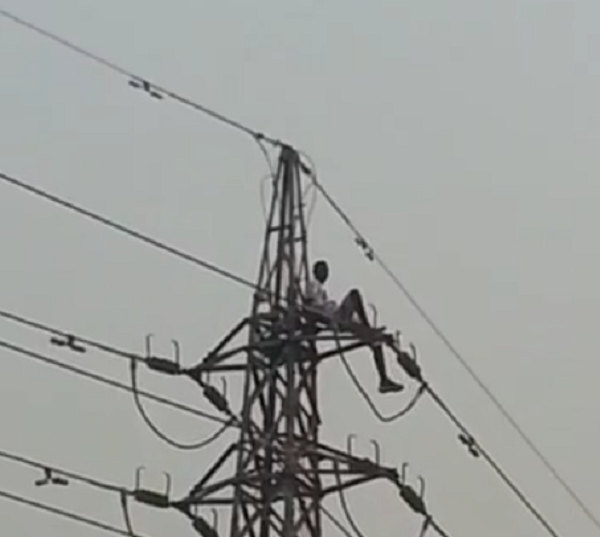 A man in his forties has climbed a high tension electricity pole at Kenyase Atimrom in the Ashanti Region, demanding money from President-elect Nana Addo before getting down the pole.

It is not immediately clear how much the man, Amoako, needs but his action is said to have triggered power outage in the community and surrounding areas.

“He did the same thing in 2012 when Mr. John Dramani Mahama was elected into office. They gave him some money before he came down. When he goes bankrupt, he climbs the high tension electricity pole to demand money. He is fond of doing that,” a resident said.

The entire community of Kenyase Atimrom as well as surrounding areas like Duase, Abirem and Mamponteng, are all said to have been disconnected from electricity supply because of the antics of Amoako.