Mother, Son crushed to death in their sleep after truck veered into their house 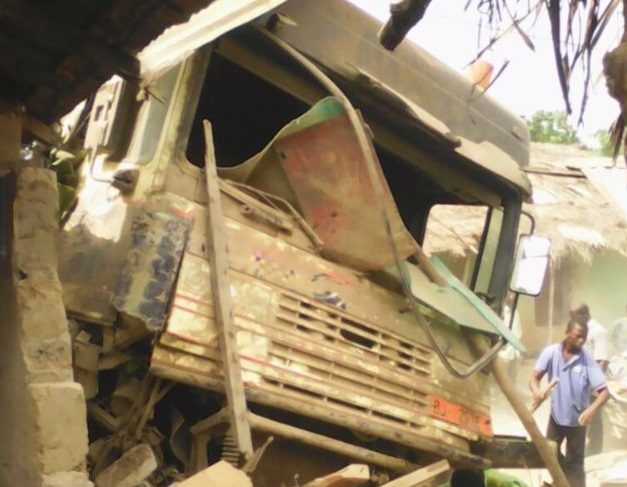 A mother and her son have met their untimely deaths after an articulator-truck ran into their building and crushed them at Duampompo, a town in the Ejisu-Juaben Municipality.

The woman Ramatu Sali and her teenage son, Lateef Sali died instantly and residents had to dig through the rubble to recover their bodies.

According to Kumasi-based Nhyira FM, Sumaila Sali, another son of Ramatu stated that the incident occurred about 4:20 a.m. on Monday when the family was asleep.

Bereaved father and husband, Mr. Sali, only escaped because he had gone to the mosque to pray at the time of the accident.

The bodies of the two have been deposited at a private mortuary at Yawkwei near Konongo. 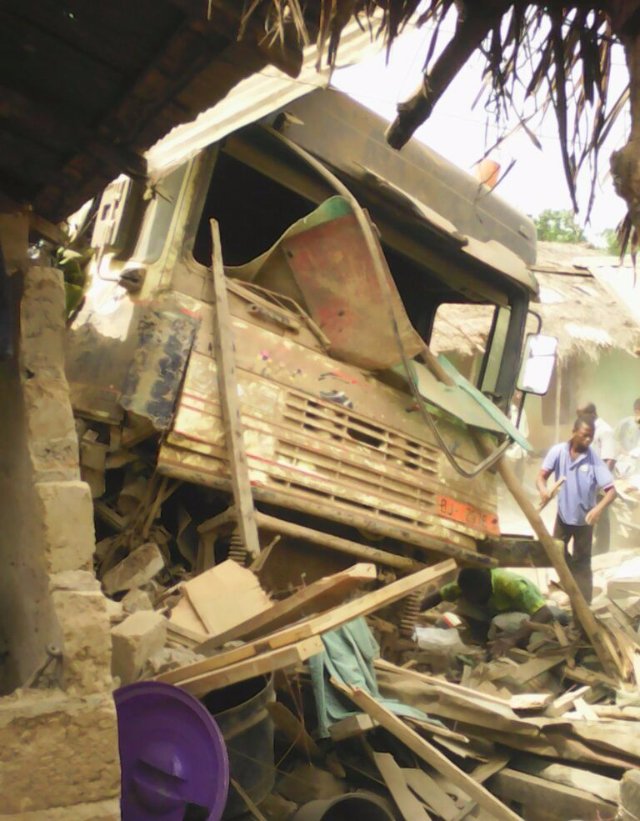